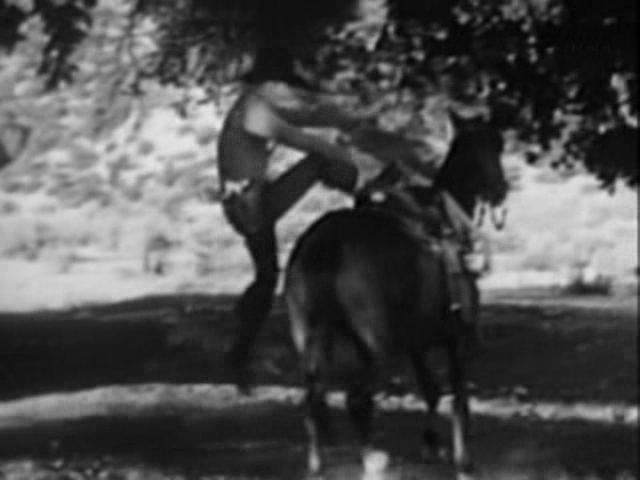 Enos Edward Canutt (called Yakima) was born near Colfax, Washington, USA in 1895. At age 11 he broke in his first wild bronco and several years later he was already a sensation at rodeos all over the country. During World War 1, he broke in broncos for the French army. After the war, he got invited to Hollywood and started doing stunt work in films. His fearless acts were soon a major boost to many Hollywood movies with horse falls, wagon crashes and the like.

Canutt met many of the biggest stars of the times, such as Douglas Fairbanks and later John Wayne. Wayne openly admitted to have copied Canutts overall behavior and demeanour to become the iconic on-screen cowboy that he was.

Canutts most famous piece of work came after his stunt days. The chariot race in the 1959 classic “Ben Hur” was choreographed by Canutt. He kept working in Hollywood mostly as a director and died in 1986, aged 90.