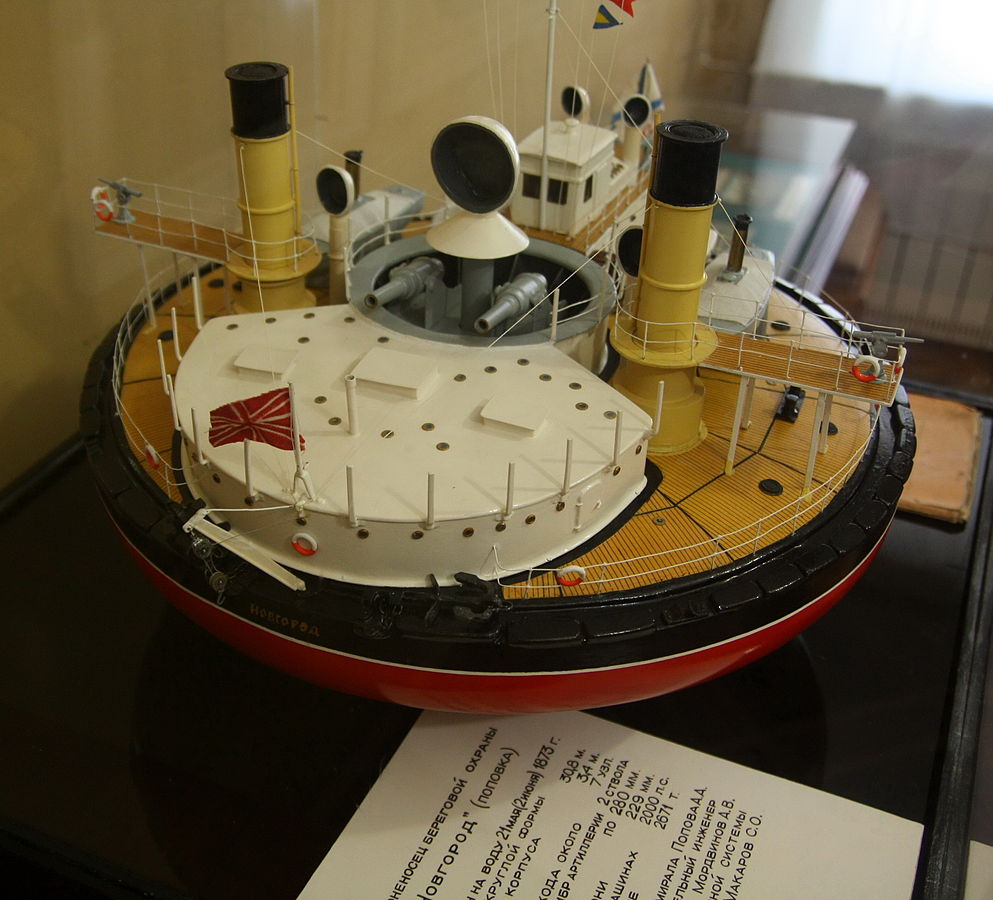 Legend has it that there was a warship with a circular hull built by incompetent engineers. When its cannons fired, it would start to turn around itself uncontrollably and the crew would get dizzy in seconds.  So is this really true?

Well, not really. The Russian monitor Novgorod was a small warship built for the imperial Russian Navy in the early 1870s. It indeed did have a circular hull with 30meters (101ft),  2 × 11-inch (279 mm) rifled muzzle-loading guns and a crew of 150 men. Its main purpose was to defend naval installations. When it was built, tests showed that if the guns were fired, the guns would rotate on its turntables. This led to the legend that the whole ship would rotate, which was not the case. The turntables were fixed quickly before the ship started its service. While it wasn’t the most effective warship, it was serving its purpose well and did so for 30 years until it was decommissioned.

By Netmate (Own work) [CC BY-SA 3.0 (http://creativecommons.org/licenses/by-sa/3.0)], via Wikimedia Commons