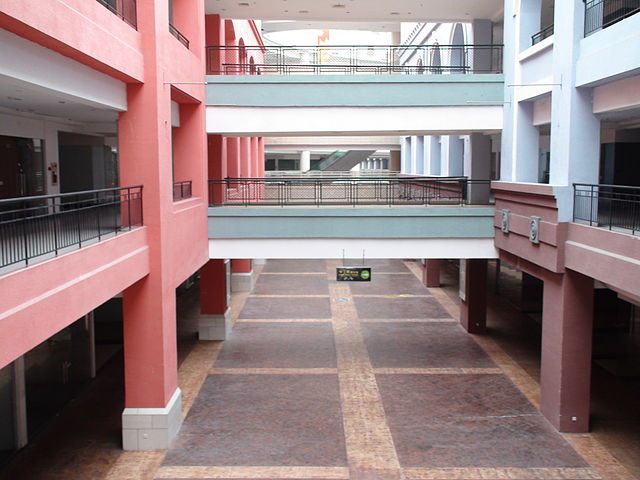 In the early 2000s, Chinese billionaire Alex Hu had a vision. He wanted to create the World’s largest shopping mall. So in 2005 he opened up the New South China Mall in the Chinese city Dongguan.

The mall has a leasable area of approximately 659,612 square metres (7,100,000 sq ft), which is roughly the area of 123 American football fields. It could house up to 2350 stores. It contains differently areas themed after different regions and cities, such as Paris, Rome, Egypt and others. Nevertheless, the investment proved to be an absolute disaster. Although Dongguan has 10 million inhabitants, most of them are poor factory workers and are living very far away from the mall. Ever since it started, only around 23 stores (out of 2350) have been open for business, which makes this one of the worst investments of all time.

By No machine-readable author provided. Milowent assumed (based on copyright claims). [Public domain], via Wikimedia Commons