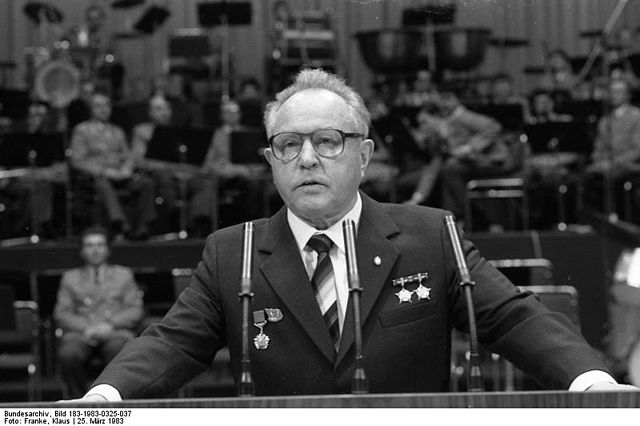 During the cold war,  Germany was split into a flourishing democratic West Germany and a struggling communist East Germany. The East German Ministry for State Security (also known as “Stasi”) was chillingly effective in keeping its citizens in line.

People were forced to spy on each other. Anyone could be imprisoned or shot for saying the wrong things. It was the cornerstone one of the most oppressive governments in Europe. Erich Mielke (1907-2000) was the man in charge of the Stasi and once Germany started to reunite in 1989, he was summoned to parliament to explain why the Stasi had to exist. He studdered a few phrases and after saying “I love all – all Humanity! I really do!” virtually everyone burst out laughing. Mielke was done.