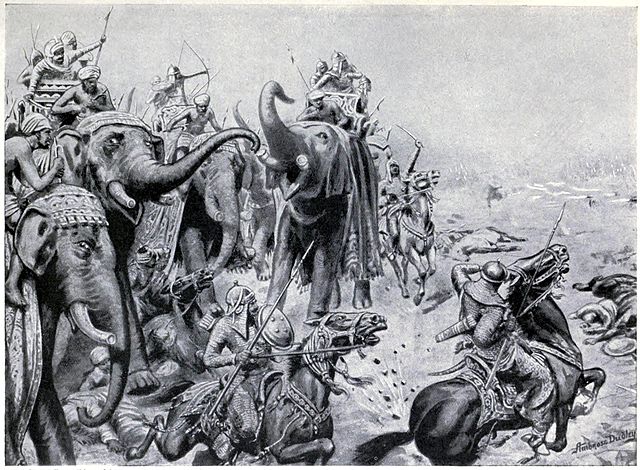 In 1520s, North India is in turmoil. Babur (1483-1530) was a conqueror from Central Asia, who planned on expanding his empire. In 1526, Babur’s forces encountered the army Ibrahim Lodi, the Sultan of Delhi. The site was the city of Panipat, which is 90km north of Delhi.

Lodi had as many as 100 war elephants and at least 40,000 men, while Babur had around 20,000. Despite this disadvantage, Babur used his men and a few dozen cannons with a flawless strategy and managed to surround Lodi’s forces completely. This was one of the first times in history where cannons were used in battle and neither the men, nor the war elephants of Lodi were used to it. The war elephants started to panic and ran over their own troops. Babur’s archers did the rest and decimated Lodi’s forces, which now were sitting ducks. Most of Lodi’s army, including Lodi himself, perished in the battle. Babur won a decisive victory and had laid the foundation for one of India’s most important periods: The Mughal Empire.