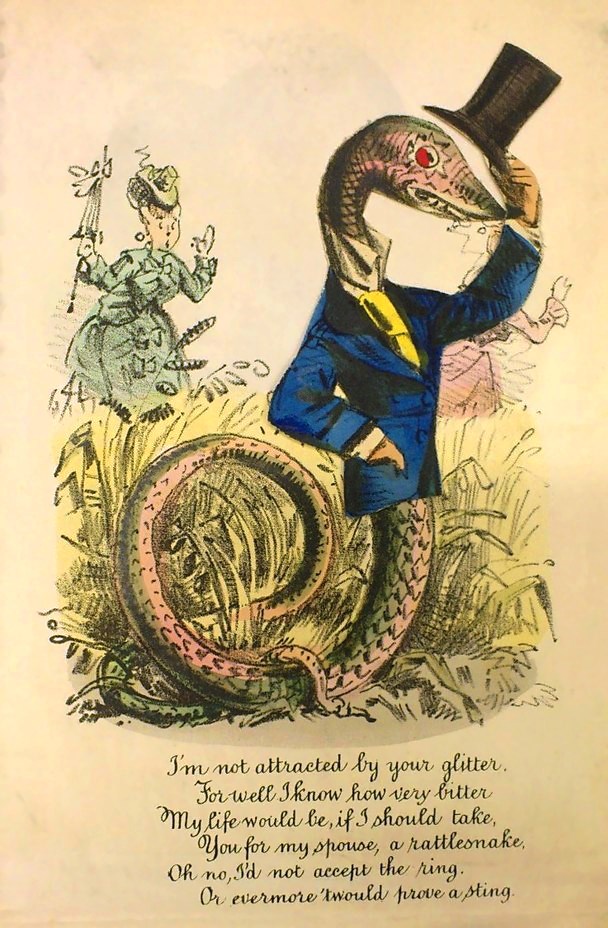 In Europe and the United States in the 1900’s, a strange Valentine custom developed. In addition to sending sweet, romantic Valentine cards, individuals also sent cards with rude, insulting poems.

Called “vinegar” Valentines, these cards criticised the weight, personality, and morality of the recipient. These cards were often produced by the same printers that created the sweet, romantic Valentine cards. During the 1850s, these cards were so popular that they made up almost half of the total card sales.