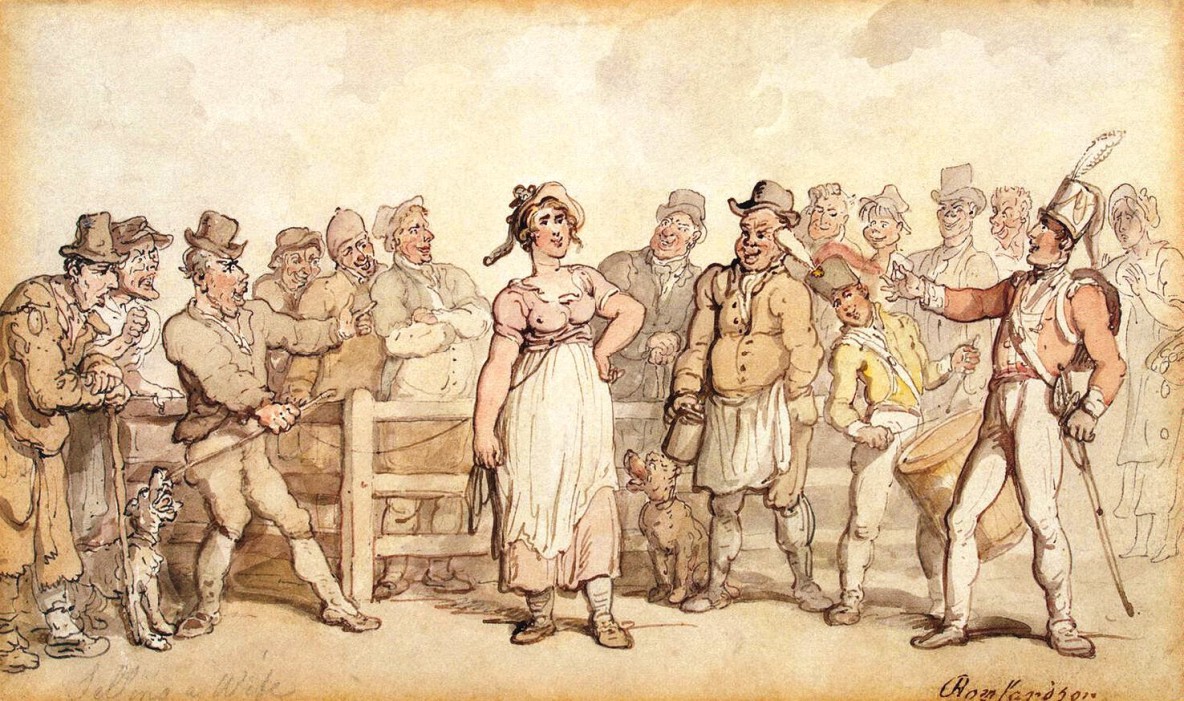 Wife-selling and husband-selling were English customs which started around the end of the 17th century. When a man was unhappy with his wife, it was often only possible for the mega-rich to get a divorce.

So in order to get rid of an unwanted wife a man was able to sell his wifes at an auction or in a private deal with another man. Unlike in the slave trade, the man “buying” the wife was then automatically married to the woman. Additonally, in most cases the wife also had to agree to the sale. A bit later starting in the 18th century, women were also able to sell their husbands to another woman. Both wife-selling or husband-selling were not legal, but not prosecuted very often. Sometimes, husbands and wifes were happy about being sold. Many times, the sale was actually to a secret lover of the wife/husband…