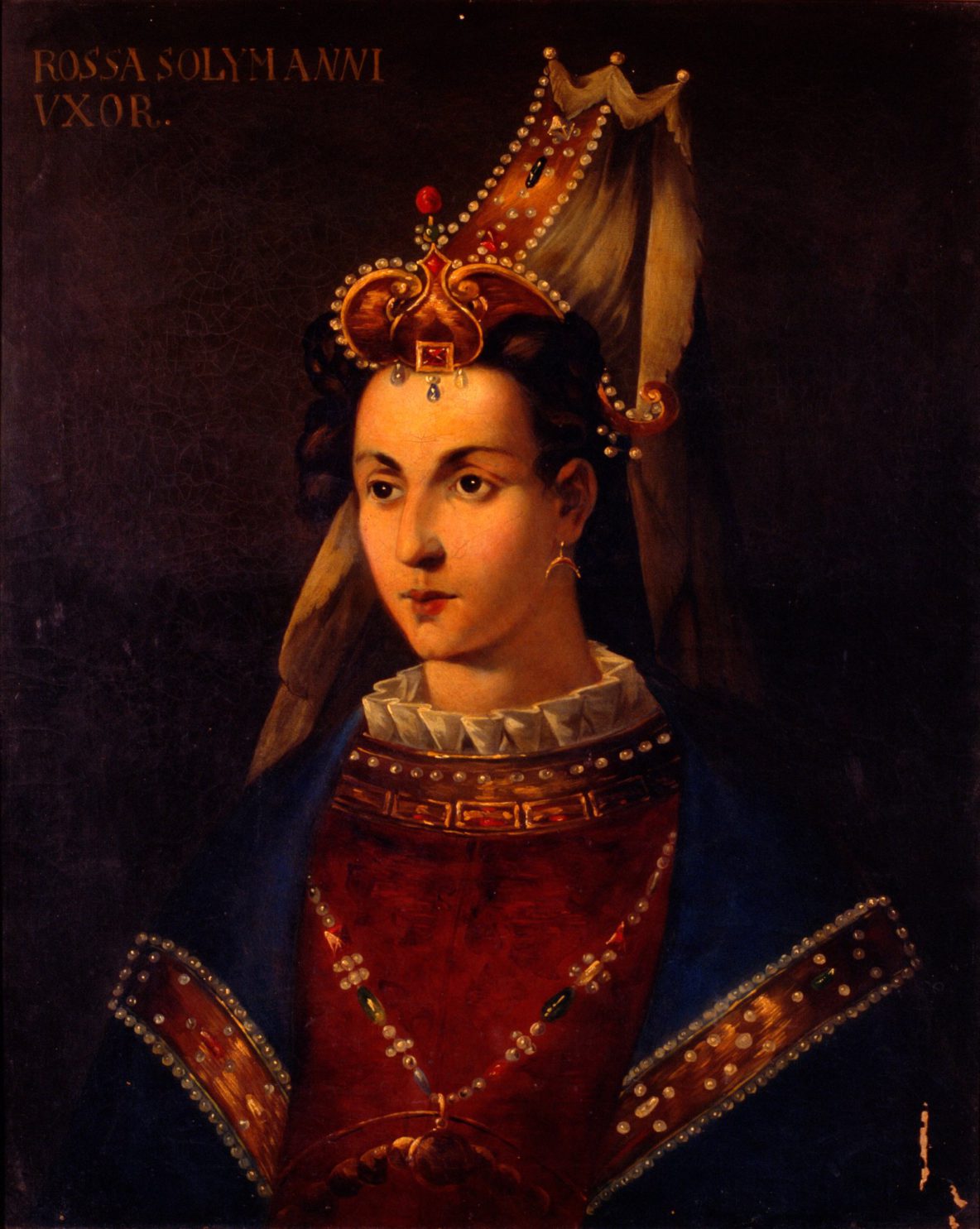 No one knows her real name, yet she came to have a profound influence on the Ottoman Empire. Known as Haseki Hurrem Sultan (Sultan’s Chief Consort) or Roxolena (a reference to her heritage), she was captured in the 1500’s in a raid and was eventually chosen for the Sultan’s harem where she quickly became his favorite, causing jealousy among the other consorts.

The brilliant young woman then weaseled her way into marriage by converting to the Sultan’s religion, Islam, and then promptly announcing that her new religion didn’t allow relations between a man and woman outside of marriage. The Sultan agreed to marry her and she went on to influence the international relations of the day and undertake many humanitarian endeavors. Roxolena is credited with the creation of a mosque, two schools, a women’s hospital, and a soup kitchen.