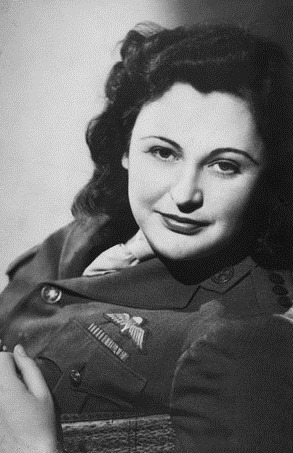 Nancy Wake lived a life worthy of an action film. After falling in love with the Parisian nightlife, she moved to France, began working as a freelance journalist, and got married.

Wealthy and beautiful, she found herself in the perfect position to aid the French Resistance during WWII. Starting with smuggling people in and out of France, placing bribes, and transferring sensitive communications, she found herself in danger and fled the country. Her husband, who had stayed behind to organize the move, was arrested and executed by the Nazis. After fleeing to England she became a member of a British intelligence group and continued her pattern of generally wreaking havoc on the Nazis. She aided in the preparations for D-Day by collecting supply drops and setting up communications. Wake found herself using her training to kill with her bare hands, parachute from planes, and shoot a machine gun. She became so elusive that the Gestapo placed a bounty on her head and gave her the nickname “The White Mouse”. Nevertheless, she died of natural causes in 1997 at the age of 98.