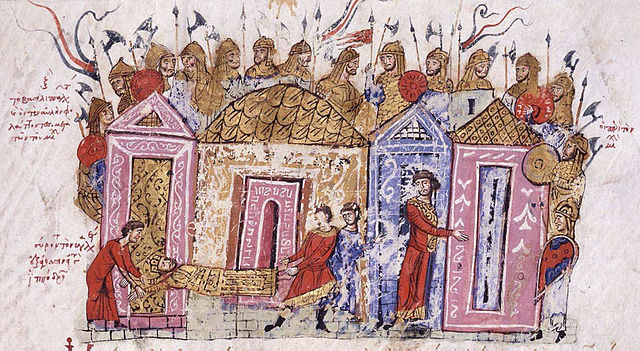 In the middle ages, the Emperor of Byzantium maintained a large private bodyguard of up to 6,000 men called the Varangian Guard. Initially composed of huge axe-wielding Scandinavian mercenaries during the tenth century, their numbers were later augmented by deposed Anglo-Saxon warriors from the Norman conquest of England.