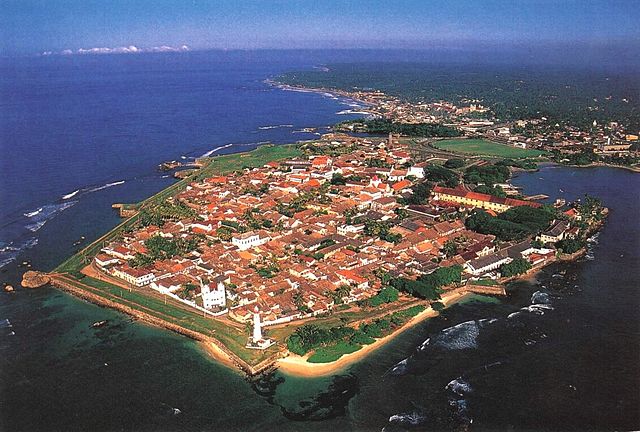 The beautiful city of Galle in Sri Lanka has a rich history of trade and foreign occupation. Before 1400, it was a popular harbor for Persians, Chinese, Malays, Arabs, Greeks, Indians and other powerful nations.

Afterwards, it was occupied by the Portuguese who built Galle Fort. Afterwards the Dutch and then eventually the British took over and kept improving the Fort.  Later, it became a Unesco World Heritage site and the largest still existing European made fortress in Asia.  In 2004, the Indian Ocean Tsunami hit it with full force. Yet, Galle Fort is still there.