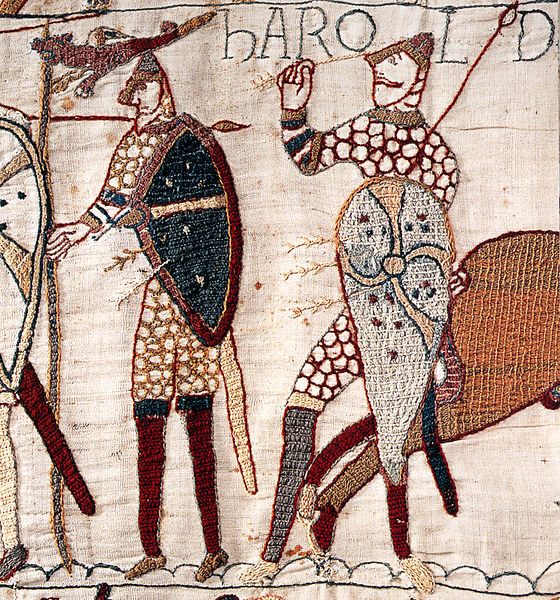 When King Harold the Second was killed in the battle of Hastings in 1066, his body was disfigured enough that it was almost unidentifiable. He was finally identified by the tattoo on his chest of his wife and his country: “Edith and England”.

Shortly after this, tattooing became associated with “natives” and largely fell out of practice. Curiously, during this time it was the priests of the Greek Orthodox and Greek Catholic churches who continued to get tattoos.