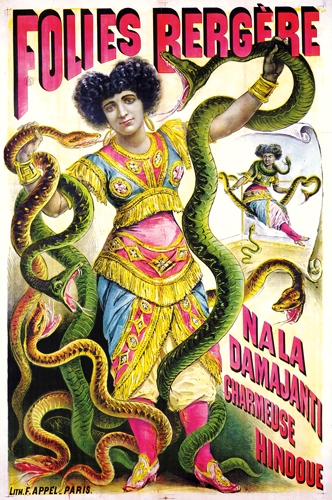 Nala Damajanti was a circus artist so iconic that she became a goddess. Clearly not from her claimed native land of India, some sources suggest she may have been a woman from France named Émilie Poupon.

This mysterious woman performed her snake charming act all over Europe and US before rising to godhood. When one of her promotional posters made its way to West Africa in 1887, local residents were so entranced by her image that she was inducted into their pantheon as a water goddess called Mami Wata – a goddess still worshiped around the world today.