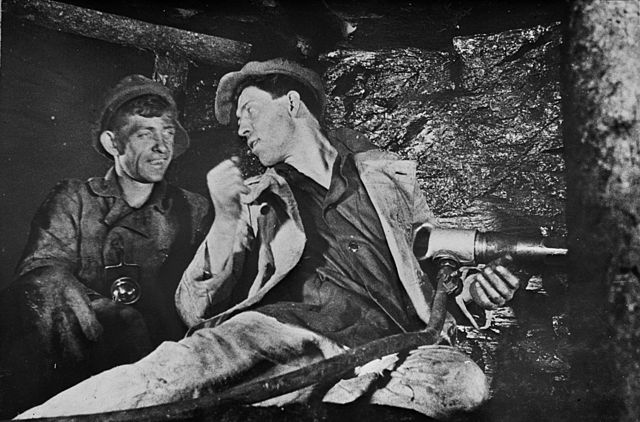 In the 1930s, some communist officials in the Soviet Union decided they needed heroes for their propaganda. Heroes that would show their people the value of hard work. Alexey Stakhanov (1906-1977) was the perfect man for the job.

In 1933, he worked in a mine as a jackhammer operator. In 1935, he was chosen by Soviet officials to become a figurehead. It was offically reported that he mined 102 tons of coal in less than 6 hours. The usual quota for an average miner would have been around 7.2 tons. This made the news not only in the Soviet Union but also all over the World. Eventually, Stakhanov became such a celebrity that he was even featured on Time magazine. He was showered with medals and a city in the Ukraine was named in his honor. However, it is highly unlikely he ever did accomplish this record by himself.  Instead, he was most likely helped by Soviet officials and simply groomed to be some type of folk hero.

By Anonymous/unknown authorship. Image supplied to US by National Council of American-Soviet Friendship, New York. [Public domain or Public domain], via Wikimedia Commons