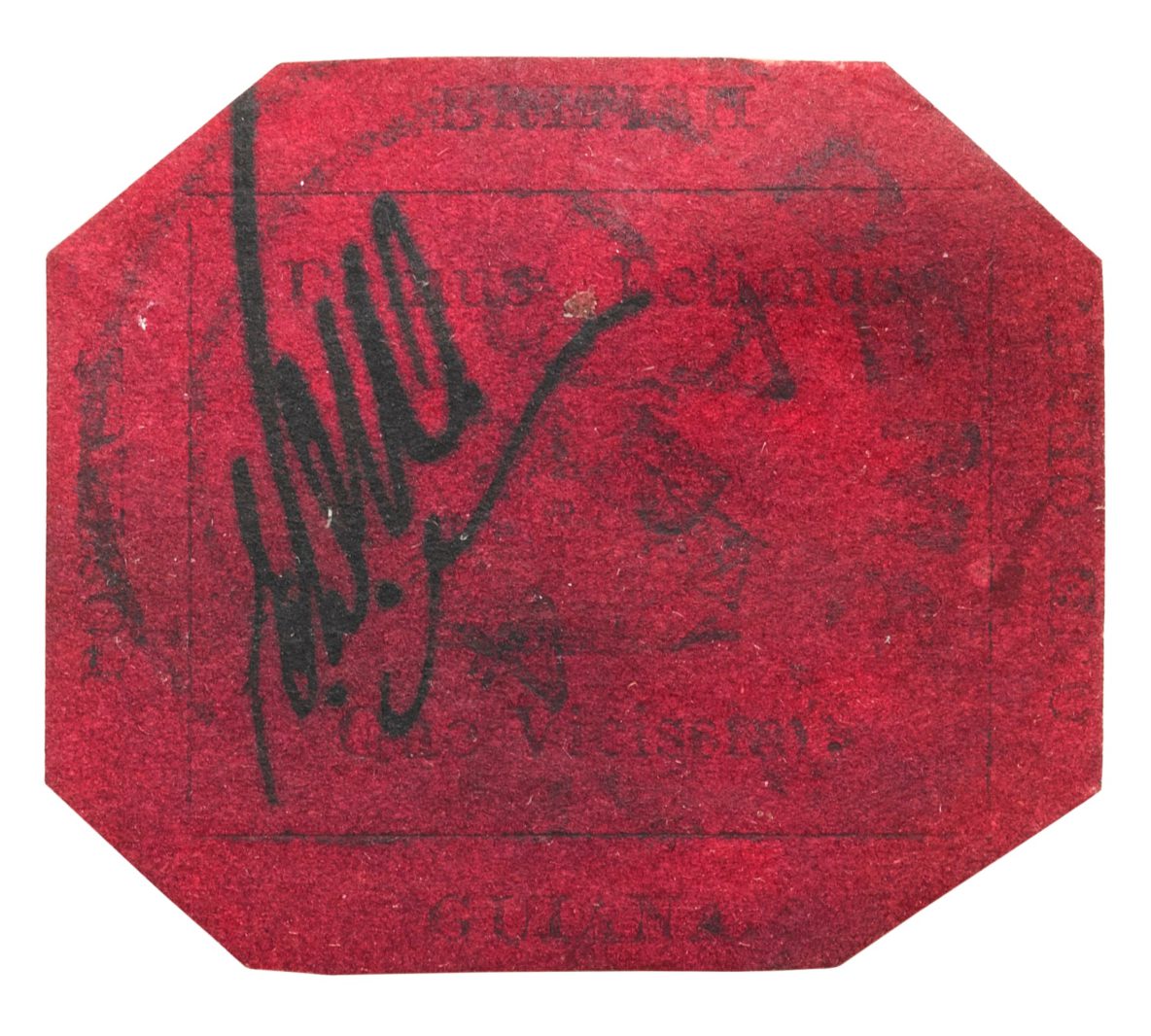 Meet the world’s rarest stamp: the One-Cent Magenta was created in 1856 when instead of the 50,000 stamps set to arrive in British Guiana from Great Britain, only 5,000 arrived. The local postmaster took matters into his own hands and had some one-cent stamps and four-cent stamps printed.

The hastily printed stamps were only in circulation for about two months before disappearing. Most were thrown away, but 17 years later a young boy found one among his uncle’s papers. The stamp passed from collector to collector and is now worth over $9.5 million.

By the United Kingdom Government [Public domain], via Wikimedia Commons