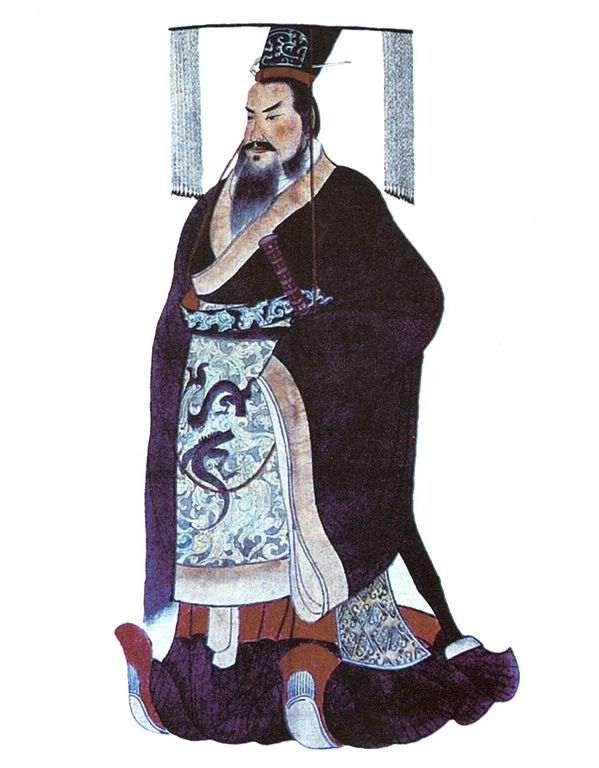 Ying Chen (259BC-210BC) became King of Qin at an early age. It was a time, when the area of China was still several independent kingdoms. Ying Chen (also known as Qin Shi Huang) was the ruler who one by one warred against these states and eventually united them all into one Kingdom of Qin.Through a process of rigid standardization of school systems, Ying Chen banned many books and burned scholars to death who stood in his way. During his rule, a large part of the Great Wall of China was constructed. Furthermore, he created an extensive national road system and the only recently discovered mausoleum for himself which included 7000 terracotta soldiers.