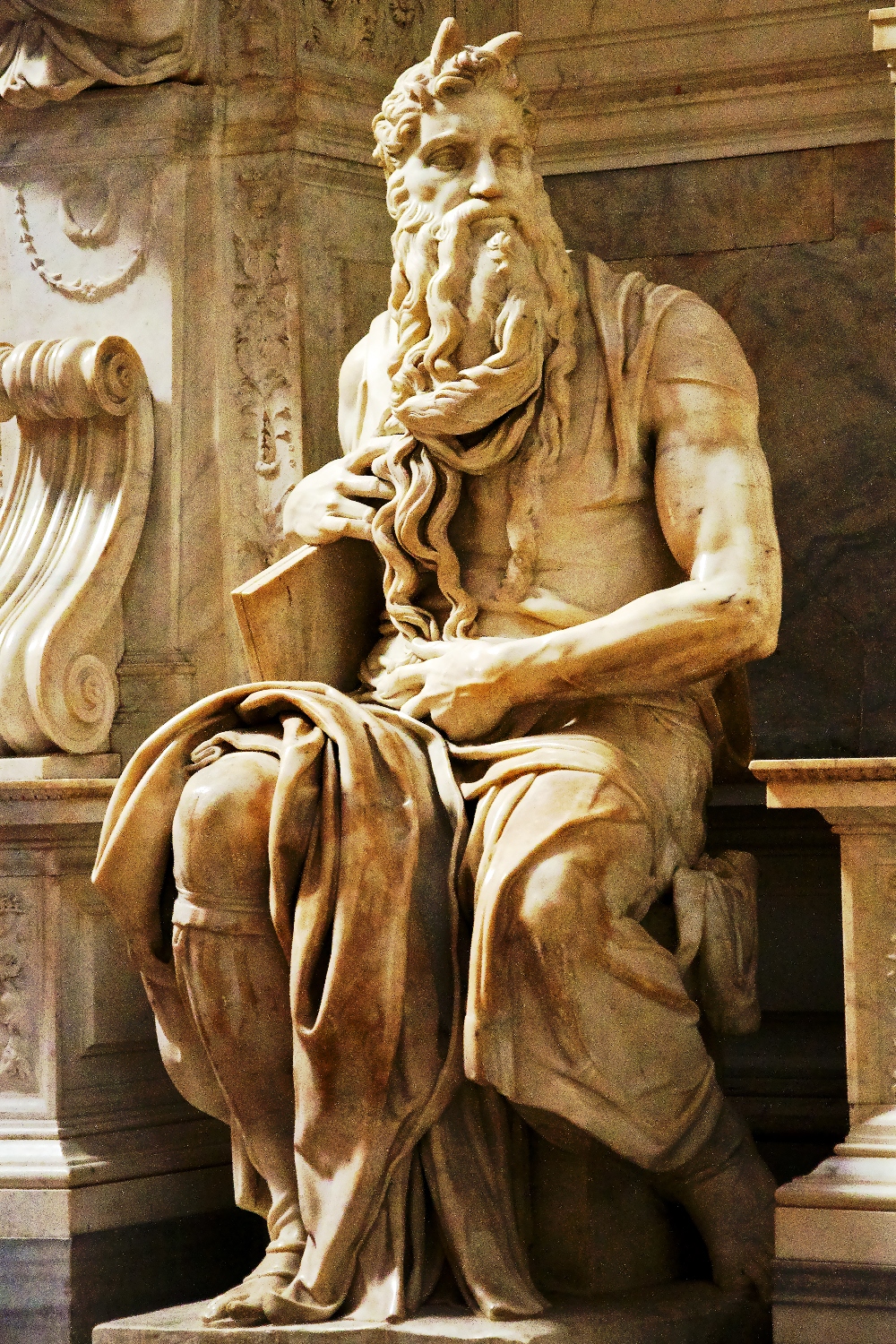 Take a close look at Michelangelo’s sculpture of Moses in Rome and you will notice two strange protrusions on his head: horns. Some historians credit a mistranslation of ancient texts for the common practice in the 16th and 17th century of depicting Moses with horns, but closer analysis reveals this may not be the case.

The translation hinges on the word “keren” which was used to describe Moses’ face upon encountering God and can be translated as “horned” or “radiant” among many other meanings. Scholars suggest that St. Jerome didn’t make a translation error, but rather chose the word “horned” over “radiant” because when he was translating in the 14th century, horns were a symbol of power and honor.