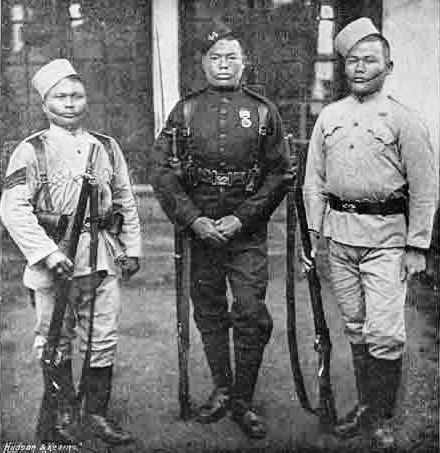 In 1814 the conflict between the British East India Company and the Kingdom of Nepal escalated into the Anglo-Nepalese war. Nepal lost after 2 years of fierce resistance, causing the British unexpected heavy casualties.

Nevertheless, the Gurkas, as the fighters on the Nepalese side were known, were so tough that the British included them into their army. During its peak in World War 2, there were around 115,000 active soldiers at one time. After the partition of India, the number reduced to several thousand in the British Army. Up to this very day, the Gurkas still have a reputation for being fearless fighters. In the last 50 years, they have received 13 Victoria Crosses (the highest British military medal) and continue to serve in the most recent wars such as the war in Iraq and Afghanistan. An Indian Field Marshal put it best: “If a man says he is not afraid of dying, he is either lying or is a Gurkha.”