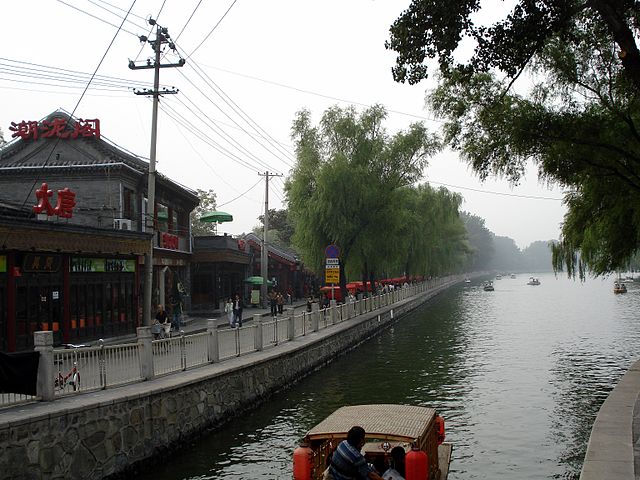 The Grand Canal of China is the World’s longest canal or artifical river with a length of 1,776 km (1,104 mi). Its history goes back as far as 500BC, when a Chinese ruler decided to start building canals to connect natural waterways.

Over 1000 years later in the late 500s and early 600s, the rulers of the Sui dynasty made many canals between major Chinese rivers such as the Yellow River, the Yangtse and others. Boats travelling upstream could make use of the newly invented pound locks. During that time it was more of a system of very long canals instead of just a single long canal. Alongside of the canal roads and post offices were built to facilitate construction and communication. Records show that during the Sui dynasty around 5 million workers were involved in building the canal system.

By user:Kwz (own work of user:Kwz) [CC BY-SA 3.0 (http://creativecommons.org/licenses/by-sa/3.0)], via Wikimedia Commons