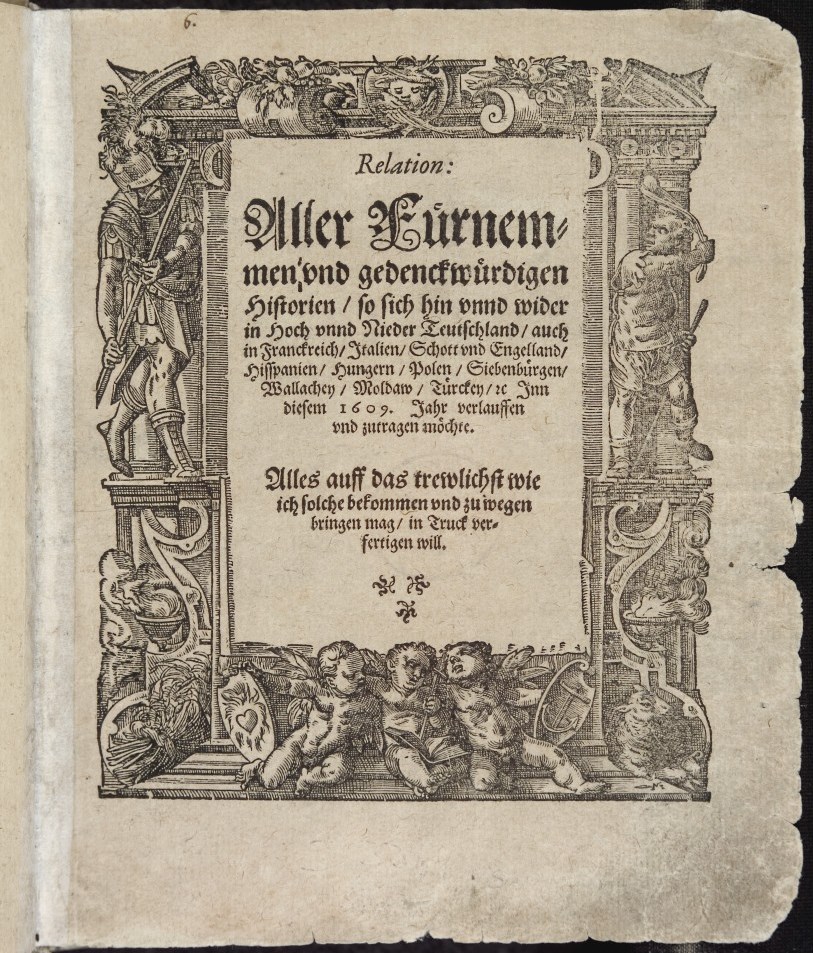 Before the birth of the newspaper, there have been many more or less successful techniques on distributing news. Starting around 131 BCE, the Romans had acta diurna, which were daily notices carved on stone and metal. It would contain trial outcomes, births, marriages and deaths of prominent Romans.

Much later in the sixteenth century, the Venetians had a running system with handwritten newsnotes. Neither of these systems can be called the first newspaper though. That title goes to the German publisher Johann Carolus (1575-1634) who was the first man to design and sell a weekly publication in 1605. The newspaper was printed in German and was called “Relation”. German-speakers might be able to make out some of the text on the image. Even English-only speakers might make out “Italien” (Italy), “Schott und England” (Scotland and England) and other countries.  A few years later, newspapers started popping up all over Europe and then spread to the rest of the World.