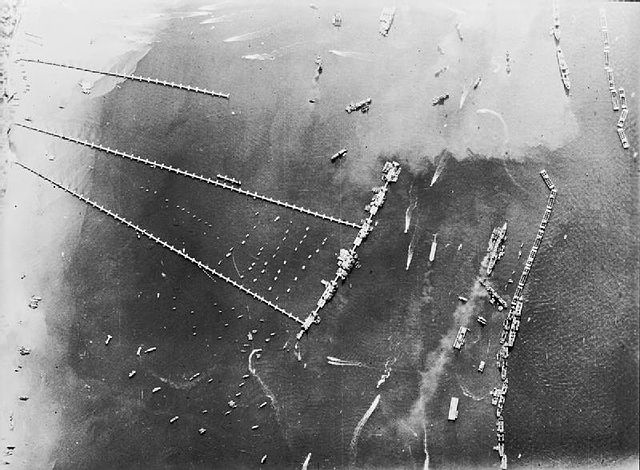 In 1944, the Allies invaded German occupied France in the Normandy. Once the first troops secured the beach, they installed 2 harbours (Mulberry A and B), made out of 144’000 tons of concrete, 105’000 tons of steel, 85’000 tons of ballast and several miles of floating bridges.

The harbour was so massive that 7000 tons of supplies could be transported to shore every day. On June 19, 1944 Mulberry A was destroyed, but Mulberry B kept going for 10 months.