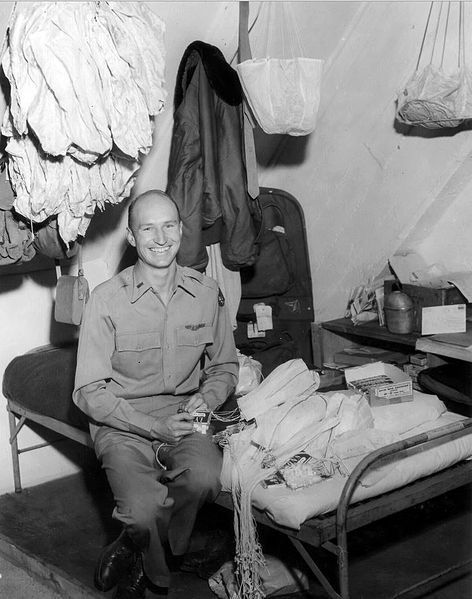 In 1945 after Germany had lost World War 2, East Germany was being controlled by the Soviet Union. Well, not ALL of East Germany. There was still Berlin, which partially was controlled by the West (US, Great Britain and France). The Soviets didn’t like this one bit and tried to blockade West Berlin in 1948. From then on, it was only possible for the West to fly in supplies and fly in they did.

Virtually every other minute a plane landed. In the middle of this chaos was a young pilot by the name of Gail Halvorsen (b.1920 and still ticking). He saw German kids at the side of the runway. Many of them had no real shoes and it was easy to see that they had been through a lot. So eventually decided to start dropping candy over the city in little parachutes. It became a huge media sensation and Halvorsen dropped around 23 tons of candy in the 1 year until the blockade stopped.