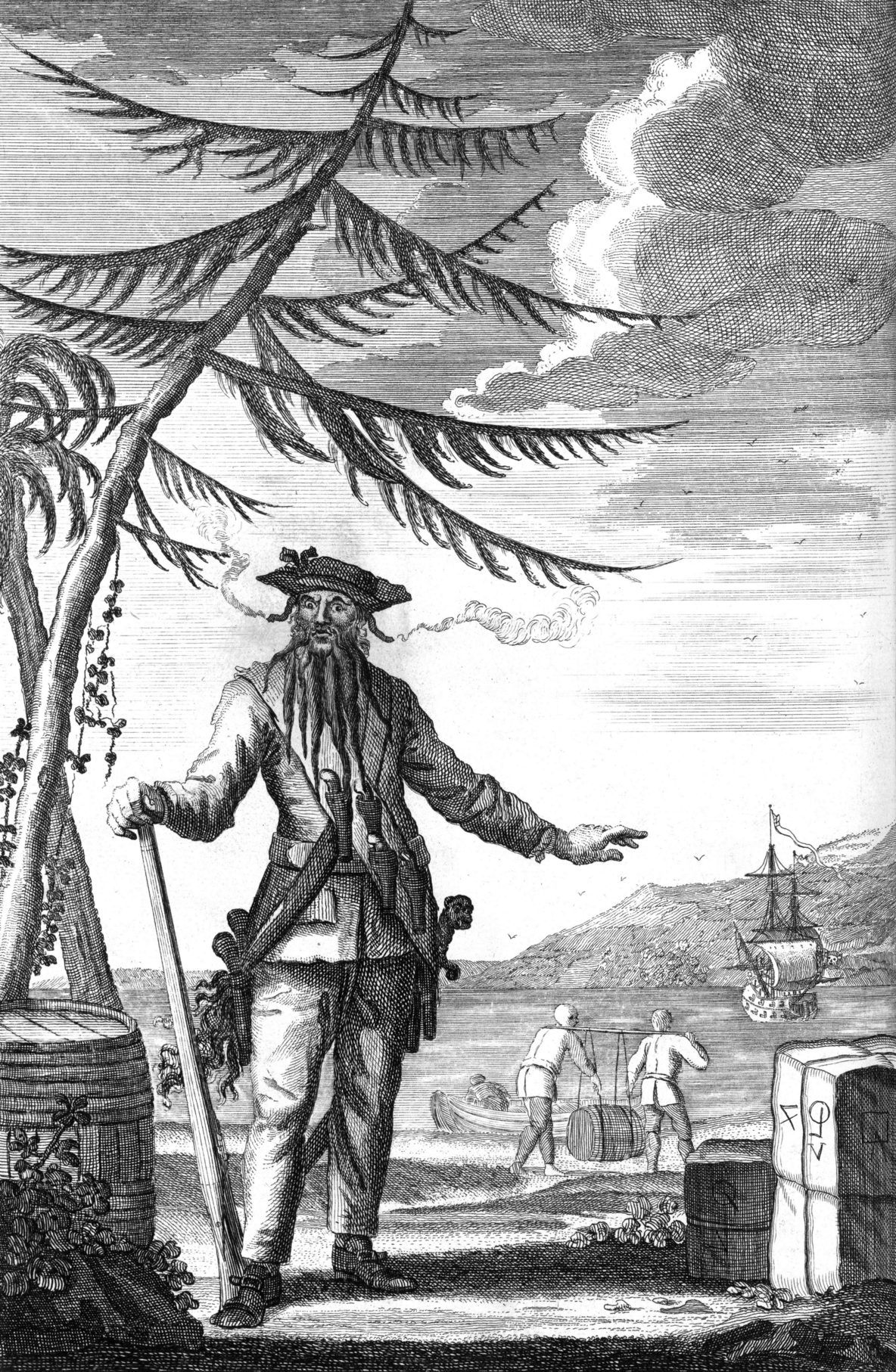 A force to be reckoned with and an enduring symbol of adventure and freedom, Blackbeard only sailed the seas from 1713-1718. He began his most productive years after capturing a French slaver and renaming her Queen Anne’s Revenge.

At the time, the life of a pirate was a welcome escape for slaves and rebels the world over. Pirate ships were run more democratically than most cities and offered opportunities to all kinds of people. Blackbeard’s golden age didn’t last long and he was killed in a sword fight in 1718.

By Joseph Nicholls (fl. 1726–55).[1] Although James Basire (1730–1802) is attributed as the engraver based on the signature “J. Basire”, unless he engraved the item at the age of 6, it is likely his father Isaac Basire (misreading of initial?) or another J. Basire. [Public domain], via Wikimedia Commons