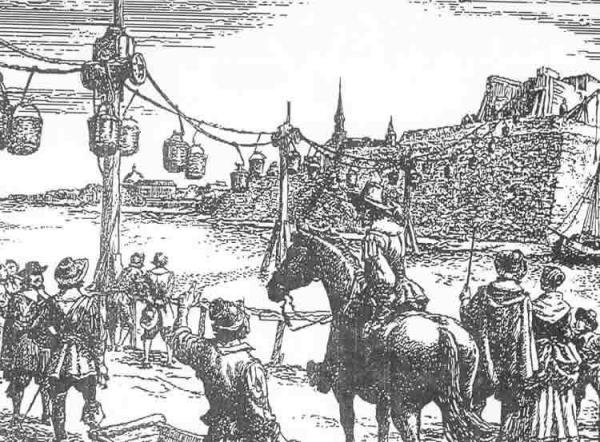 In the early 1640s, Dutch engineer Adam Wybe (1584-1683) was given the task of building a new fortification on a hill in Gdańsk. In order to accomplish this, many tons of heavy material had to be transported from another hilltop, across a river and up the other hill.

To speed up this process, he created one of the first known aerial trams, which connected both hills. It was longer than 200 meters (650ft), used at least 100 large buckets and had 1 single rope. The entire construction was powered by horses which were stationed in a converted horse mill.  The aerial tram of Gdańsk was so far ahead of its time that it took over 200 years for engineers to build something similar.