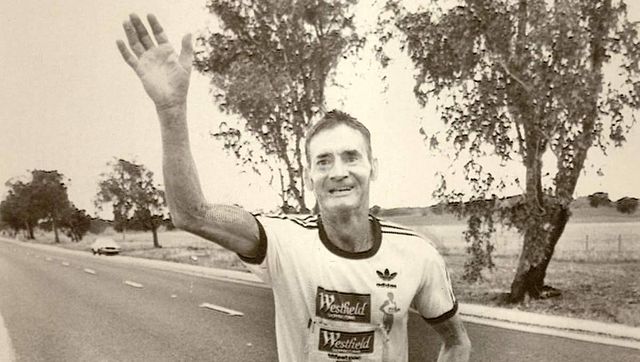 Albert Ernest Clifford “Cliff” Young (1922-2003) was an Australian potato farmer. On his 2000 acre farm, there were also hundreds of sheep, which he would catch and round up on foot, sometimes running for many hours in the process.

This gave him incredible stamina. In 1983, at 61 years old, he wanted to try out an Australian ultramarathon from Melbourne to Sydney. That is a distance of 544 miles (875km). For the first day, he was way behind due to his weird shuffling running style (and perhaps also due to the fact he was wearing gumboots). However, on the second day he passed all racers because he didn’t sleep. He eventually finished in 5 days 15 hours and 10 minutes. The second place winner came in 10 hours later.