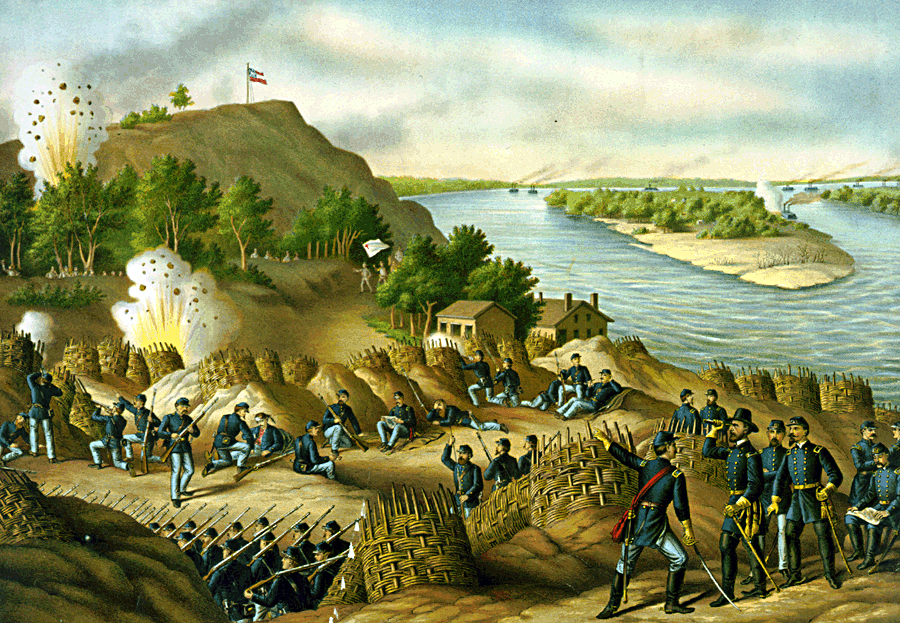 In 1863, Confederate soldier Willis Meadows lost his right eye in the Siege of Vicksburg. Lodged near his brain, the bullet was unable to be removed, and the wound slowly healed.

Meadows returned to his farm in Alabama, got married, and continued his daily life until he was rocketed into celebrity in 1921 by coughing out the bullet that had been lodged behind his eye. The story ran in every major newspaper in the US and even made it into Ripley’s Believe It or Not until it reached the Union soldier responsible for Meadows’ injury. After contacting Meadows, the two compared stories and became fast friends.

By Kurz and Allison (Source: Library of Congress) [Public domain or Public domain], via Wikimedia Commons