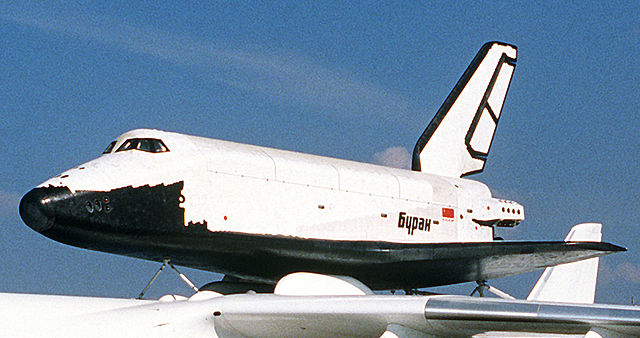 In 1981, the US launched their first Space Shuttle. The fact that it was a partially reusable spacecraft, made it a very special achievement.

Naturally due to the Cold War, the Soviets wanted to catch up with the Americans. Eight years later in 1988, the Buran flew into space. It was completely unmanned and remote-controlled from the ground. A mere 3 hours later, the Buran (also known as Orbiter K1) landed safely again. It was to be the only orbital flight. The Soviet Union would collapse shortly thereafter.