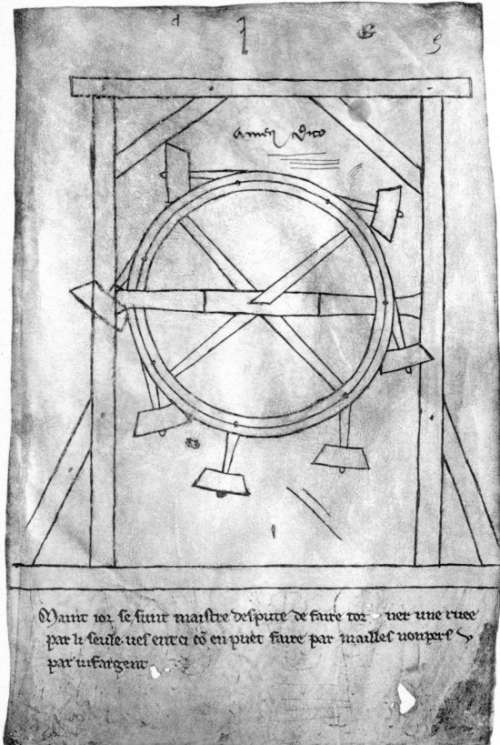 Villard de Honnecourt was a French man, who had a passion for drawing. He is still known to the World because his sketchbook survived. It includes around 250 drawings of many different subject matters. Many sketches show buildings, such as the Laon Cathedral in Paris.

While past researchers concluded he was an architect, but more recent opinion is that he had no such training. The most interesting drawing was of a perpetual motion device, which was supposed to run indefinitely without an external energy source. The sketchbook was most likely created around 1225 to 1235. 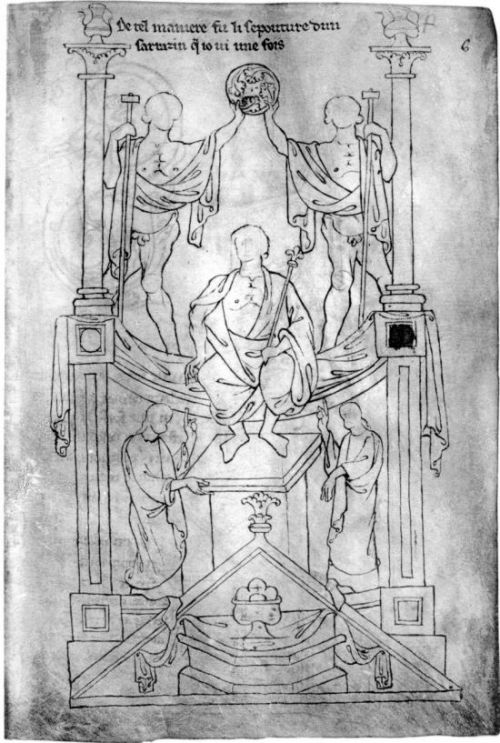 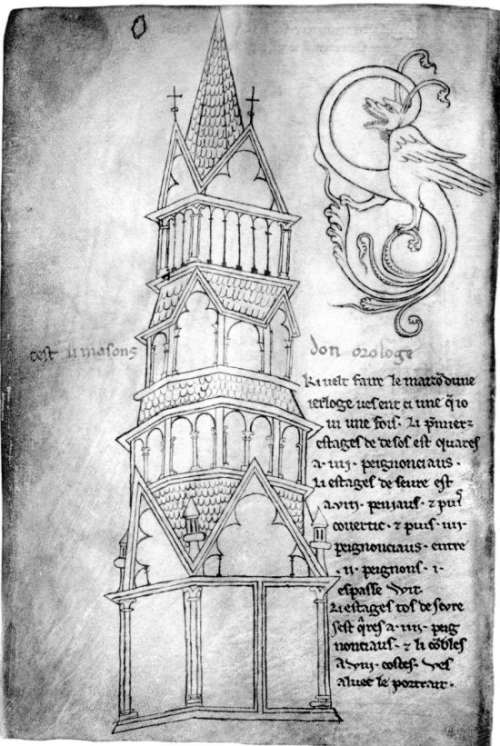 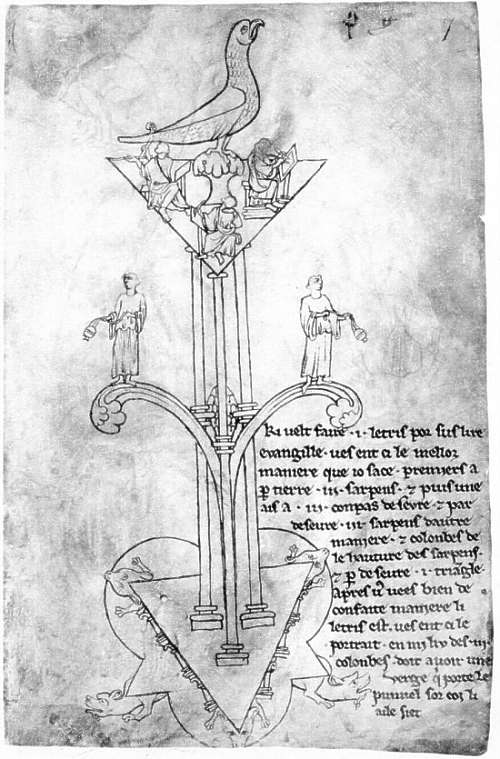 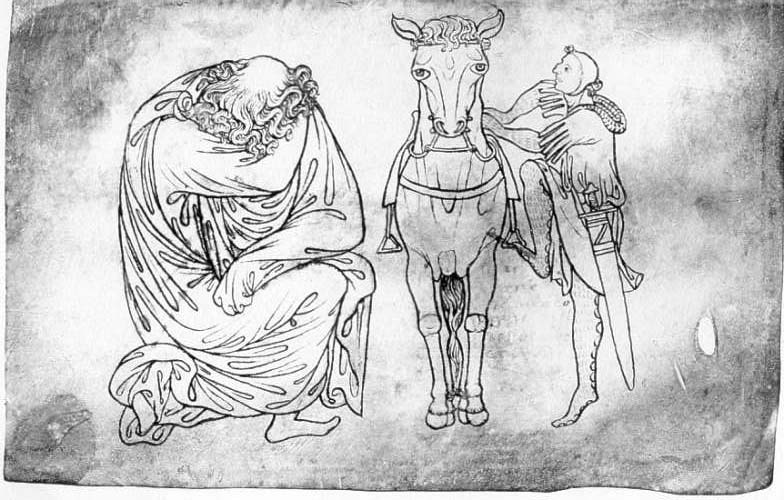 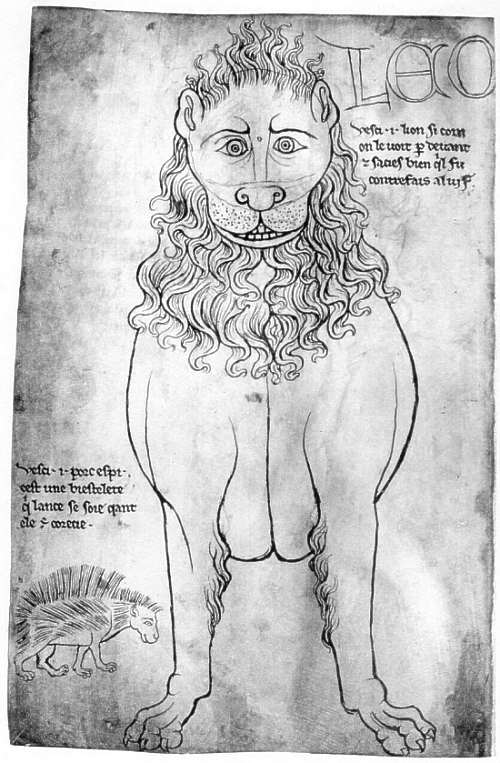