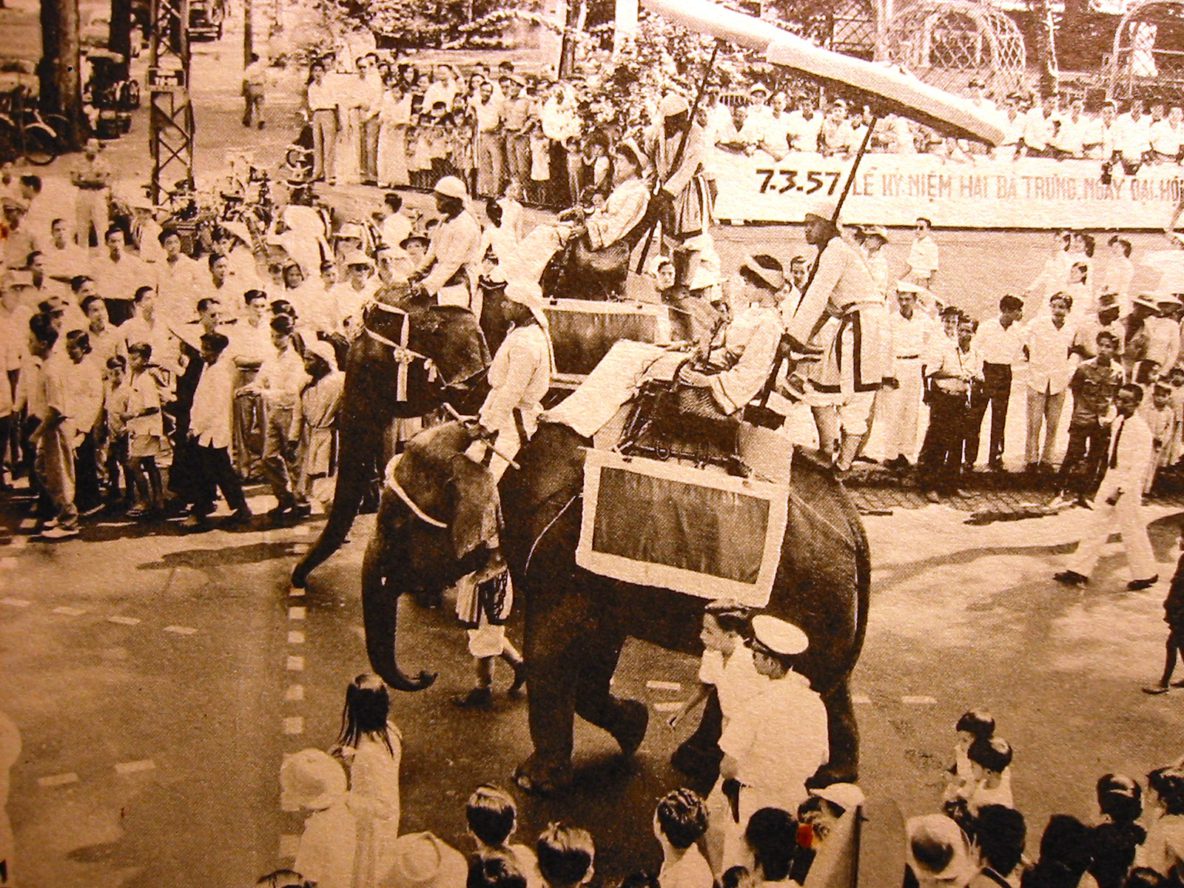 Vietnam’s history goes back for several thousand years. For much of this time, Vietnamese women were sometimes in positions of great power and -unlike China or Japan- played a big part in Vietnams history. The most famous example is perhaps the story of the Sister Queens:  Trung Trac and Trung Nhi (ca. 12 D – 43AD) were two sisters who led an uprising against the Chinese during the first Vietnamese independence movement. When Trung Trac’s husband was executed by the Chinese for leading a protest against high taxes, the patriarchal Chinese expected her to lead a life of quiet widowhood.

Instead, she recruited her sister to co-lead a revolution. The two sisters formed an army of over 80,000 Vietnamese and succeeded in overthrowing the Chinese rule. Declaring themselves queens of an independent nation in 40 A.D., the sisters ruled for three years before they were defeated by the experienced and well-funded Chinese army. The Chinese claim the two sisters were captured and beheaded, but local accounts insist they joined hands and threw themselves into a river.

Shown above is an old photo of an annual procession held in their honor.

By Press and Information Office, Embassy of the Republic of Vietnam [Public domain or Public domain], via Wikimedia Commons