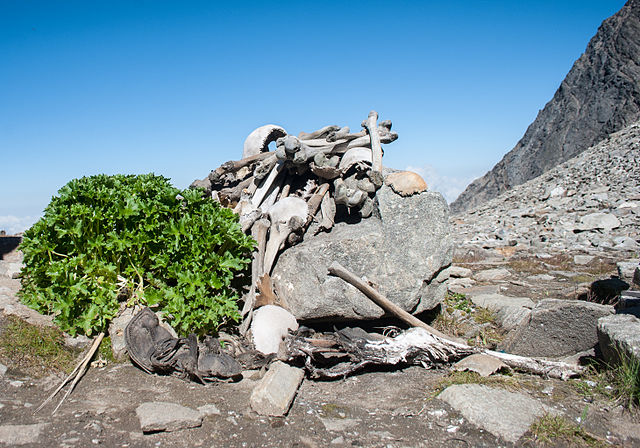 In 1942 two hundred mysterious skeletons dating from about 850 A.D. were found high in the mountains of Roopkund, India. Numerous theories were proposed including battle, epidemic, landslide, and suicide.

However, the solution echoed an old legend of a group on a pilgrimage to an ancient shrine. The pilgrims angered the goddess of the shrine and she unleashed a deadly hailstorm upon them. A 2004 investigation unearthed evidence that the group was most likely killed by a sudden hailstorm.

By Schwiki (Own work) [CC BY-SA 4.0 (http://creativecommons.org/licenses/by-sa/4.0)], via Wikimedia Commons