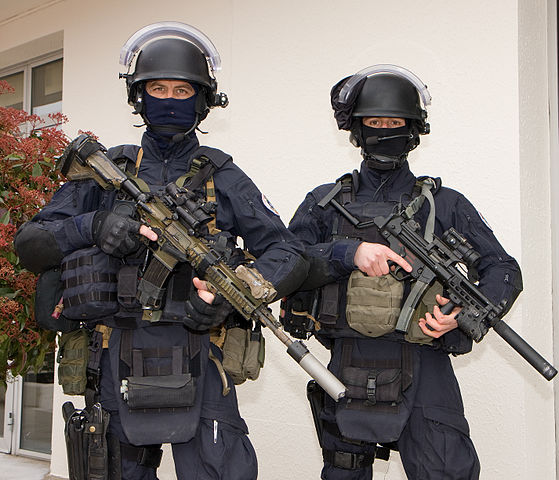 France, 2016: Two young robbers thought it was a good idea to rob a McDonalds. They entered the fast food restaurant, threatened the cashier and promptly got their money. However, when they tried to leave the store they were quickly apprehended by more than a dozen of French commandos. As bad luck would have it for the robbers, a squad of GIGN special forces soldiers (comparable to the German GSG9 or British SAS) also had the idea to eat at the very same McDonalds, although in civilian clothes. They are one of the most capable hostage rescue and anti-terrorism units in the World. Whoops.

By Domenjod (Own work) [CC BY-SA 4.0 (http://creativecommons.org/licenses/by-sa/4.0)], via Wikimedia Commons