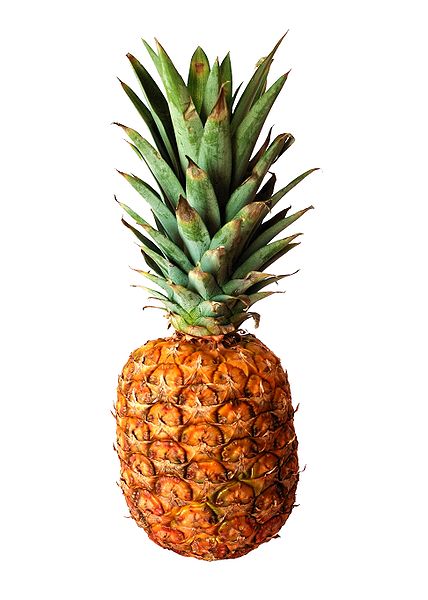 Upon their discovery by Christopher Columbus, Europeans fell in love with pineapples. They were taken with the sweetness of the fruit, its exotic appearance, and the “crown” upon its top.

It took almost 200 years until clever gardeners were finally able to grow pineapples on European soil using hothouse technology, but all of this was extremely expensive. This in turn made the fruit very exclusive. In fact, by the 18th century pineapples were such a prominent status symbol that they could be rented for events before being sold to the wealthy individual who would actually eat the fruit. Some members of royalty and wealthy families even went so far to make sure that their official portraits included a pineapple in the background.

By Alvesgaspar (Own work) [CC BY-SA 3.0 (http://creativecommons.org/licenses/by-sa/3.0) or GFDL (http://www.gnu.org/copyleft/fdl.html)], via Wikimedia Commons