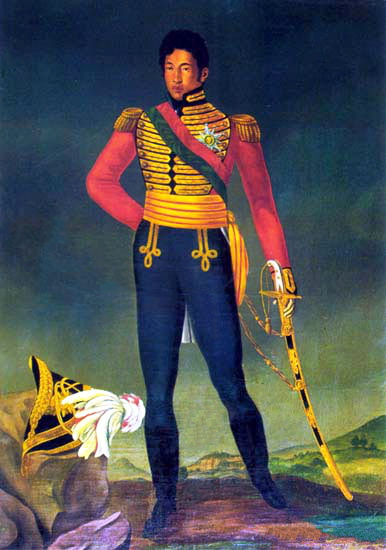 Radama I (1793–1828) was the king of Madagascar, who united much of the island into a a single state. Coming to power at age 17, his military and diplomatic skills enabled him to change Madagascar in many ways.

He allowed European missionaries to enter (hence introducing Christianity and a European school system to the island), created social reforms, helped to establish the written modern Malagasy language and abolished the slave trade.  Unfortunately, his heavy drinking led to his early death at age 35.