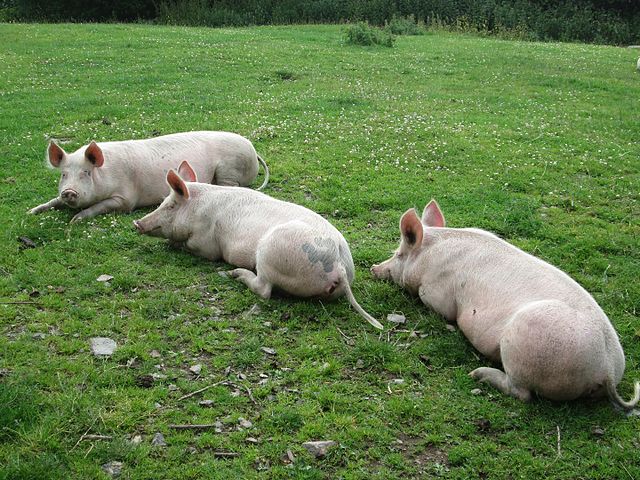 Just as there have been war horses and war elephants, it is believed that pigs were used briefly on the battlefield, although in a far less awe-inspiring manner. Around 275 BC the Romans used squealing pigs to repel the war elephants of the enemy.

After tarring the pigs, they lit them on fire and released them towards the enemy, sending their war elephants into a destructive retreat. This method was not long used as the flaming pigs were too difficult to control.

Beasts of War: “The Militarization of Animals” by Jared Eglan