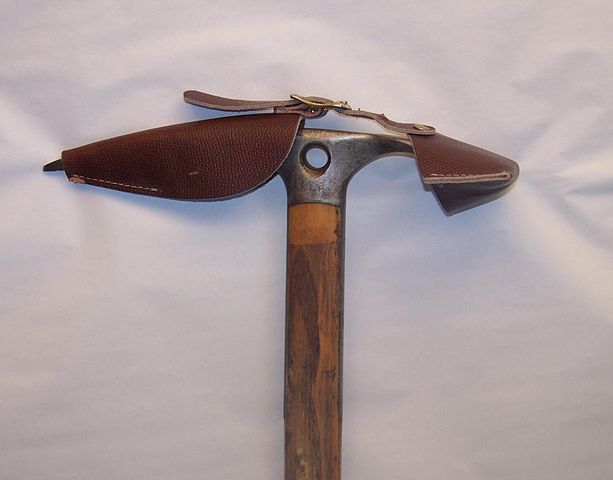 Pete Schoening (1927-2004) was an American mountaineer. In 1953, he wanted to accomplish the seemingly impossible with a team 6 others: They wanted to climb the K2, the second highest mountain on Earth with a height of 8,611 metres (28,251 ft) it. At that time, several unsuccessful tries had been made to conquer the K2. The team climbed for seven days without oxygen and reached around 7,620 meters (25,000 feet) when one of the men collapsed with a pulmonary embolism. 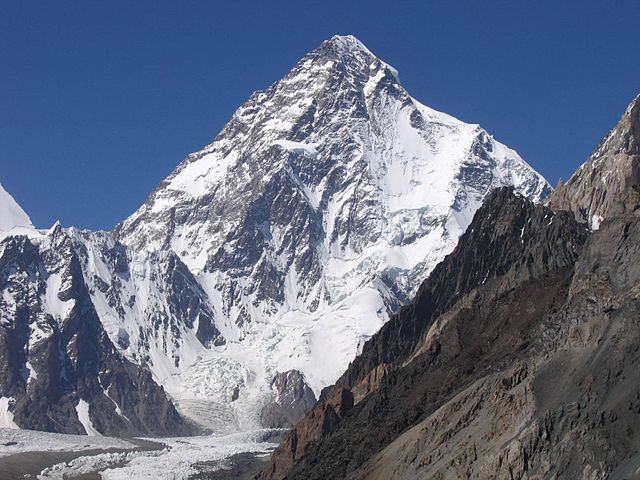 The man had to act quickly and bring him to safety below. During the following actions, one man lost his footing and because all men were attached to the same rope, pulled 5 others with him. Except Pete Schoening, who managed to hammer his ice pick into the ice and somehow hold on to his friends. One of the men decided to cut himself loose. The others, however, were saved by Pete Schoenings bold action. Known as the “Miracle Belay”, Schoenings bravery is one of the best known acts in mountaineering history.

Second image by Svy123 (Own work) [GFDL (http://www.gnu.org/copyleft/fdl.html) or CC BY 3.0 (http://creativecommons.org/licenses/by/3.0)], via Wikimedia Commons