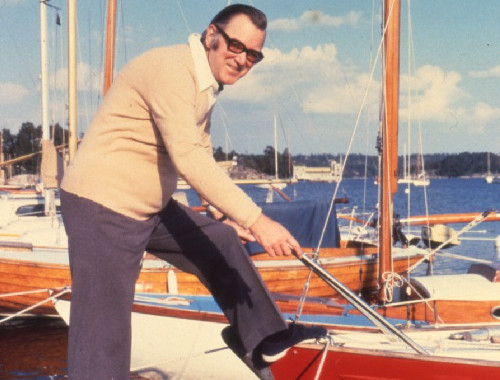 In 1958, Arne Larsson was a man in serious trouble. His heart was failing him badly. At only 43, his heart beat was so low that he started fainting dozens of times a day and many times would even drop dead. His desperate wife Else-Marie had to revive him up to 20-30 times a day. However, when Else-Marie found out about a few Swedish doctors, who were working on prototypes of battery powered pacemakers for the heart, she started asking them to use it on her husband.

The doctors were very reluctant. The pacemaker had only been tried on animals and it might not work on humans. Nevertheless, Else-Marie was extremely persistent and eventually, on October 8, 1958, Dr. Dr. Rune Elmqvist first implanted a battery powered pacemaker (about the size of a human fist) into Arne Larsson.

Larsson’s recovey was spectacular. He went on to live a very active lifestyle for 43 more years and died in 2001, not of heart problems, but of skin cancer. Today, each year 600’000 artificial pacemakers are implanted into patients with heart problems. 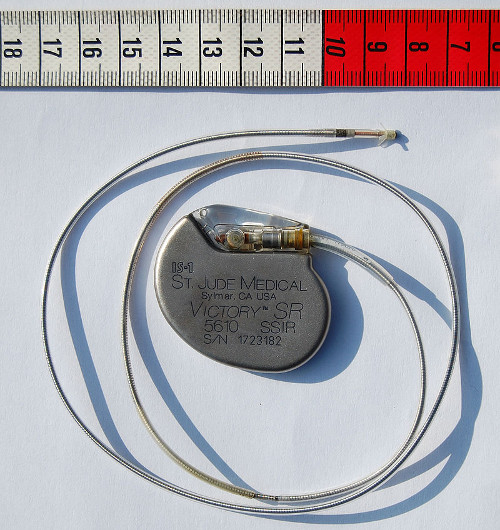 By Steven Fruitsmaak [GFDL (http://www.gnu.org/copyleft/fdl.html) or CC BY 3.0 (http://creativecommons.org/licenses/by/3.0)], via Wikimedia Commons