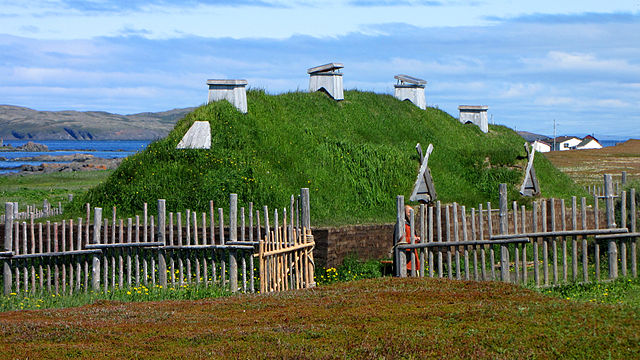 Many archaeologists claim to have proof for Europeans setting foot on North American soil before Columbus. Much of these claims are still in dispute.

There is one settlement on which most archaeologists agree, though. Its name is L’Anse aux Meadows and it is located on the northernmost tip of Newfoundland, Canada. Discovered in 1960 by Norwegian explorers, it was home to a few dozen Norse people around 1000 years ago. That was 500 years before Columbus. The Norse were a North Germanic tribe from Scandinavia (mainly Norway). They were famous for their ability to sail across vast bodies of water.