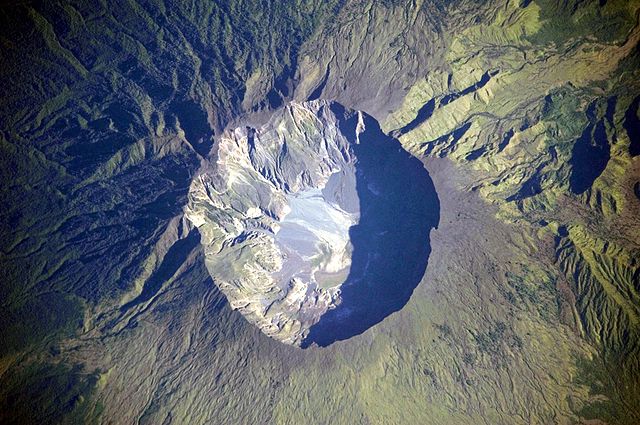 On April 10, 1815 the largest recent volcanic eruption took place in Indonesia. Mount Tambora exploded, lost about a third of its mass (it was 4,300 meters/14,000 feet high).

The explosion was so massive that it was felt hundreds of miles away. It eventually caused a global climate change for over a year due to the amount of ash, aerosols, pumice and rock, some of which blocked the sunlight not only in Indonesia, but in many other parts of the World. In 1816 – which is now called The Year without a Summer- the global temperature was 3 degrees Celsius (5.4 degrees Fahrenheit) below average and caused severe problems and famines all over the Globe.

This image was taken by the NASA Expedition 20 crew. [Public domain], via Wikimedia Commons