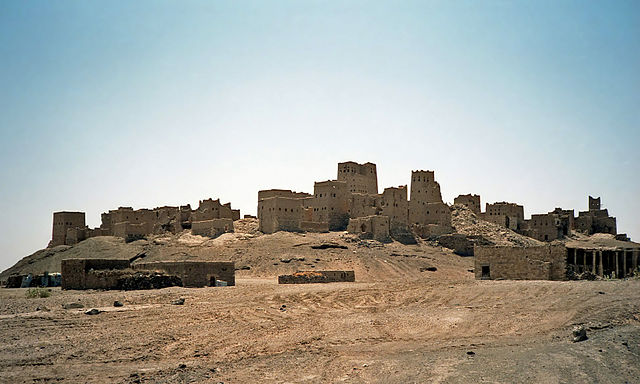 At one point in time, Marib (in present day Yemen) was the capital of the Kingdom of Saba, which is mentioned in Christian, Jewish and Islamic texts. This city is also the site of the Marib Dam which blocked the Wadi Adhanah river and is the oldest known dam in the World.

It was approximately 1900ft (580 meters) wide and up to 22ft (7 meters) high and was first built around 1700 BCE. It is assumed that Assyrians, Babylonians and Persians were all involved in the construction and also in improving it. The dam is seen as one of the most significant achievements of ancient architecture and was fully functional for 1000 years.