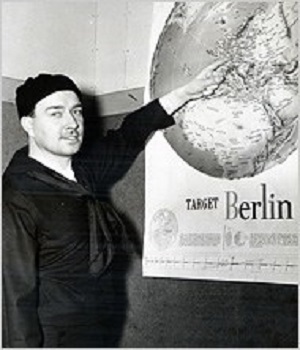 In the early 1930s, Adolf Hitler (1889-1945) was already a very popular politician and leader of the Nazi party. Hitler tried to turn himself into a mythical figure and for that, his family needed to be as unknown as possible. Hitler did however have some family.

His nephew by the name of William Patrick Hitler (1911-1987) was the son of Hitler’s brother Alois and an Irish woman. He traveled to Germany to benefit from his uncle’s rise to power. Adolf did get him some jobs, but they were not good enough for William. After a while, William blackmailed Hitler by threatening to release embarrassing family information. Adolf actually gave in and organized better paying jobs for William. In 1939 shortly before the Second World War started, William emigrated to the US. He switched sides and joined the US Navy. Although his character is questionable, he was most likely one of the very few people who successfully blackmailed one of the most ruthless men of the 20th century and had gotten away with it.

By Photographer of US Navy [Public domain], via Wikimedia Commons