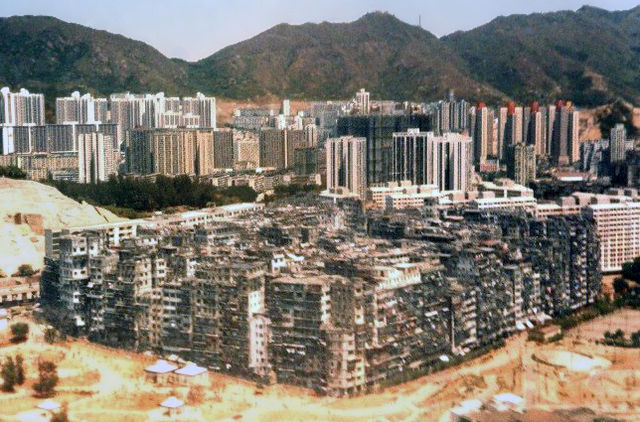 Kowloon Walled City was a city within a city in Hong Kong. It was originally a Chinese military fort but after the British took over Hong Kong in 1898, it turned into something completely different.

During the 1980s, up to 33,000 people lived in this small area of of 6.4-acres (2.6-hectares), which is equivalent to roughly 5 American football fields. The array of buildings was so dense that the sun barely reached some alleyways. Due to rampant crime and the horrible infrastructure, the city was demolished in 1994.