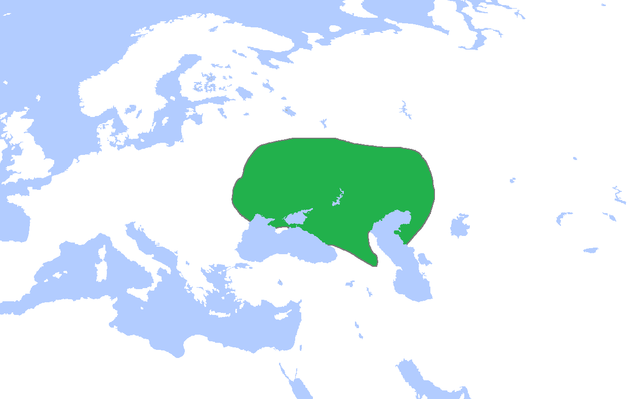 Approximately between 650 and 1048, the Eastern European region between and around the Black Sea and Caspian Sea was home to a powerful empire called Khazaria.

Largely forgotten now, it was home to more than 1.4 million people, was supposedly ruled by a Jewish elite, but had a very tolerant attitude towards other religions. Whether the most popular religion was Judaism or not has recently come under dispute. However, there were kings with well known Judeo-Christian names such as David, Aaron, Benjamin and Joseph. Khazaria’s importance was also due to its strategic location. It controlled many important trading routes between Asia and Europe.

By Gabagool (Own work) [CC BY 3.0 (http://creativecommons.org/licenses/by/3.0)], via Wikimedia Commons