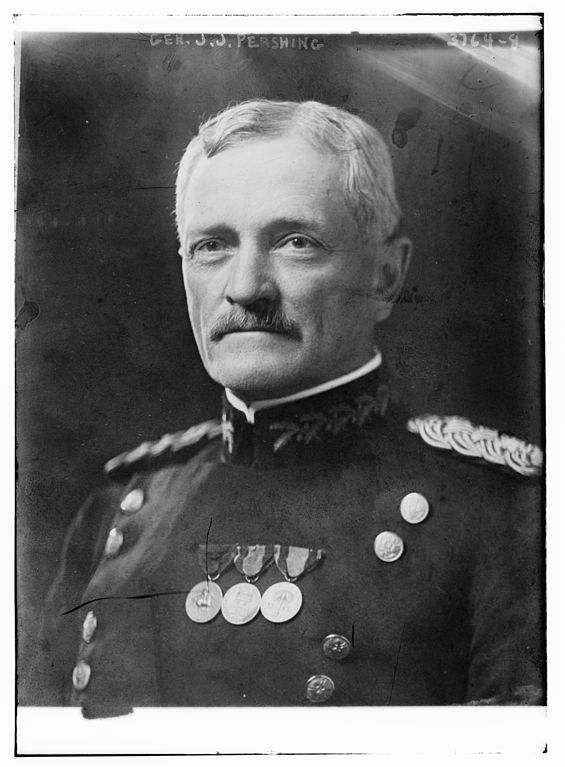 John Jack Pershing (1860-1948) was the leading American general of the First World War (1914-1918). Unbeknownst to many, he had a huge break in 1906. He was directly promoted from Captain to Brigadier General by President Theodore Roosevelt. Fun fact: They were friends…

Pershing not only skipped 3 ranks but also more than 800 other senior officers, who hoped for a promotion. Luckily for the US, he was a brilliant officer and would go to rise to the very top. He was so successful, that he was the only living man to be promoted to General of the Armies in 1919. This equals a six star general. Only one other man was deemed good enough to get the honor posthumously: George Washington.