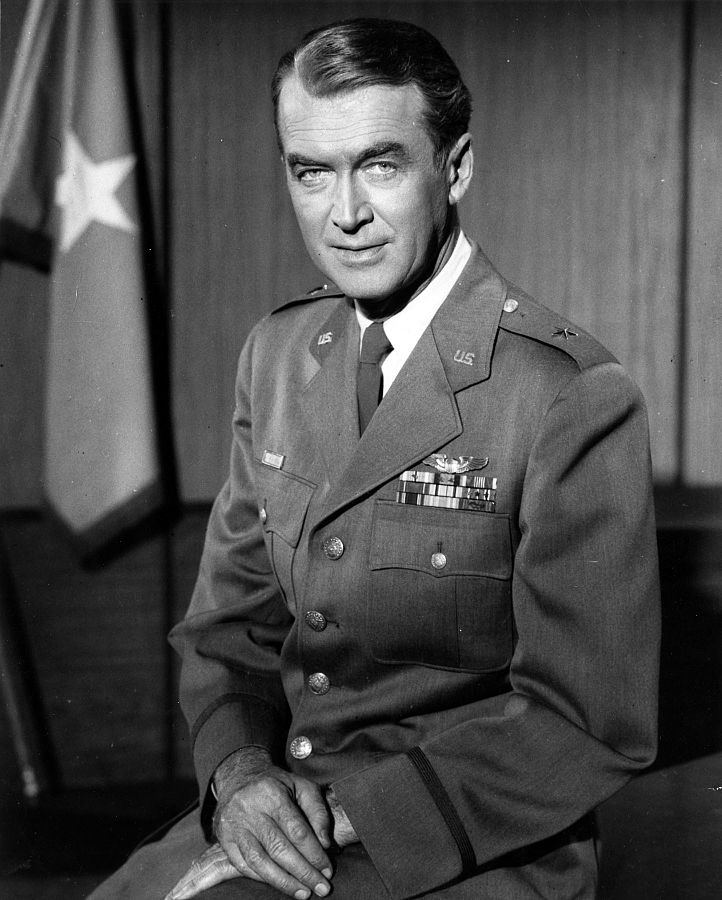 The American actor and Oscar-winner James Stewart (1908-1997) is most famous for his portrayal of down-to-earth characters. It is a little known fact, that he came from a family with a long military tradition. His father and both of his grandfathers served in wars. When the US prepared for war in 1940, Stewart was drafted but rejected due to being to skinny.

Stewart gained some weight and was able to join. Having already been a proficient pilot, he joined the Air Force. In 1941, the US entered World War 2. Stewart was already a huge movie star. The American generals didn’t like to put celebrities in harms way, so Stewart’s wish to serve in actual combat only happened due to his persistence. He then successfully led or participated in several combat missions. During only 4 years he rose from private to Colonel and continued to serve after the war was over. He retired as Brigadier General.