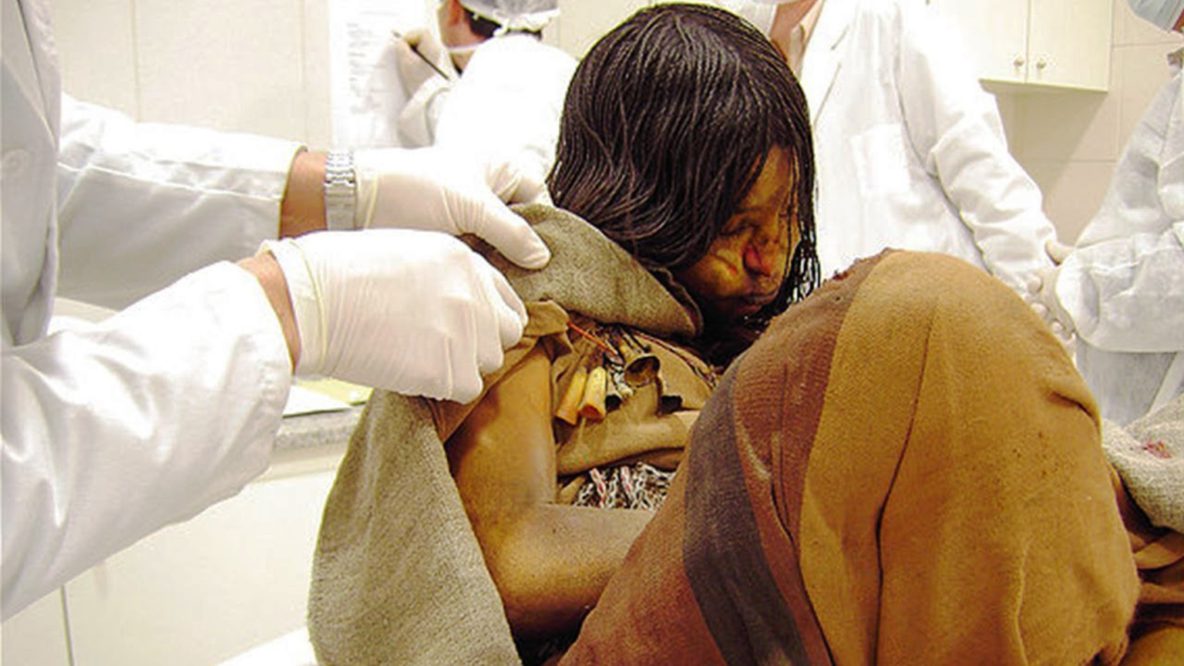 Around the 1400’s in the Inca Empire, many religious ceremonies required the sacrifice of enemies or citizens of the empire. Three of these sacrificial victims were discovered remarkably well preserved on the icy ranges of the Llullaillaco volcano in Argentina.

Testing on the preserved hair of these victims revealed that they were selected about a year before their sacrifice, leading to a drastic change in diet. They were given foods reserved for nobles, coca leaves, and alcohol. Experts theorize that the consumption of coca leaves and alcohol, increasing drastically before the sacrifice, was used to make the victims calm and docile.

By grooverpedro [CC BY 2.0 (http://creativecommons.org/licenses/by/2.0)], via Wikimedia Commons