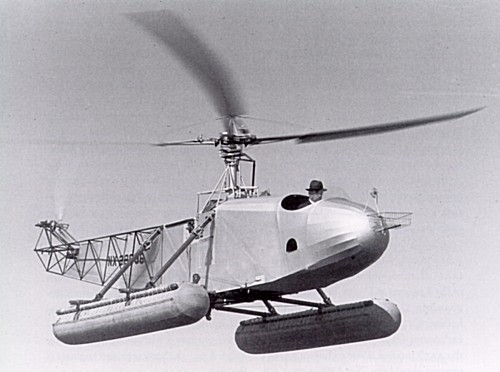 Igor Sikorsky (1889-1972) was a Russian-American, born in Kiev (Russian Empire then, today Ukraine).  At age 19, he was set to become a regular engineer, but when he heard about the Wright Brothers first mobilized flight, he became obsessed with building airplanes. Only 3 years later, aged 22, he became Chief Engineer of the aircraft division for the Russian Baltic Railroad Car Works and built several planes, which were successfully mass-produced. Due to the Russian Revolution, he immigrated to the USA in 1919. Nowadays, Sikorsky is most famous not for his planes, but for his helicopters. In 1939 he built the Vought-Sikorsky VS-300 (see above). It was the first “modern-style” helicopter with a single vertical-plane tail rotor configuration. His “masterpiece” however, was the Sikorsky R-4, a 2 seat helicopter, which had its first flight in 1942. It was the first helicopter which went into mass production. 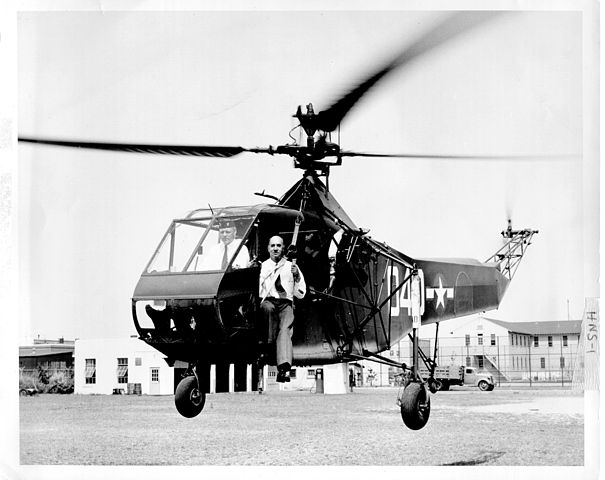