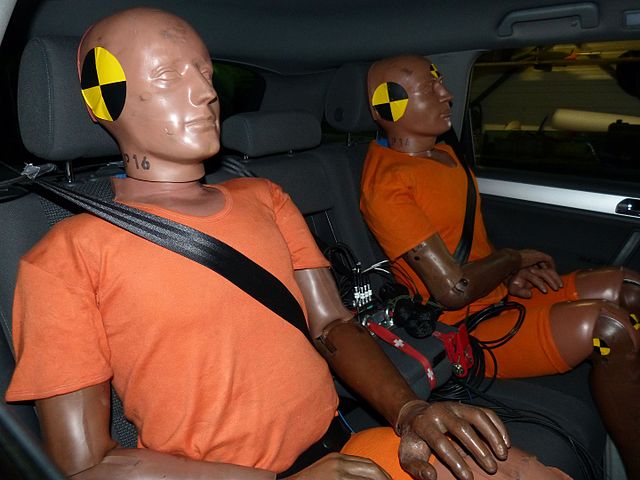 Lawrence Patrick (1960-2006) was an American biomechanics professor at Wayne State University in Detroit. Between 1960 and 1975, he was working on  “human impact survival research”. Crash test dummies did not exist yet, because science did not know for sure how much damage a human can take. So Patrick decided to carry out dozens of experiments on himself.

Many times he would ride a rocket-sled which would brake so fast that it simulated a car colliding with a wall. The goal was to find out when exactly the human body would start suffering damage. Another experiment was a 22-pound metal pendulum, which would be slammed into Patricks chest to simulate a steering wheel’s effects during an accident. Some of his (very brave) students also agreed to participate in these experiments. After a few years, Patrick started to do “fracture research” and crushed dead human bodies and animal cadavers in the name of science. While Patrick’s experiments might seem bizarre, they have been extremely valuable for the development of crash test dummies and car safety in general.