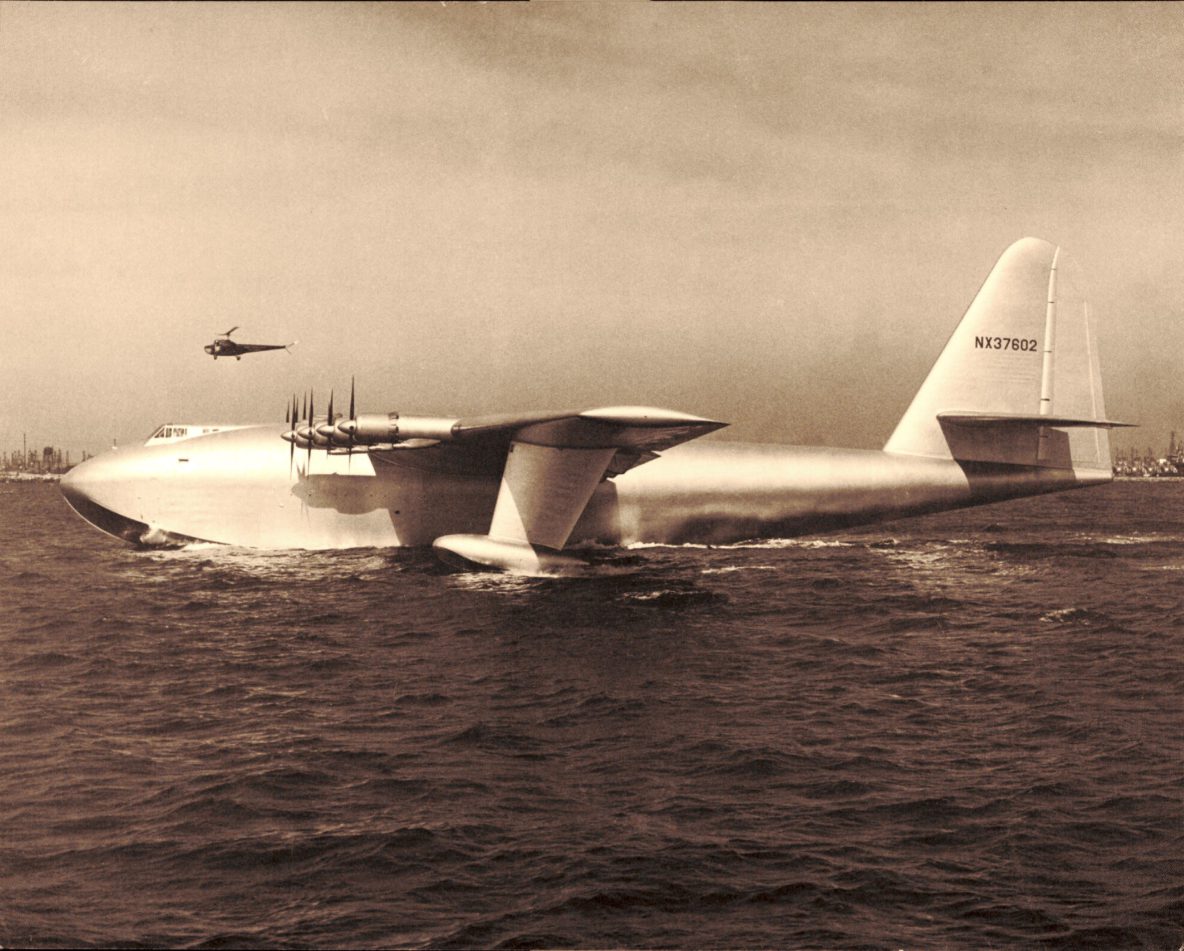 During World War II, the American industrialist and aviation entrepreneur Howard Hughes (1905-1976) wanted to help the war effort. Out of this came the Hughes H-4 Hercules, one of the largest planes ever built.

The war ended before it was fully completed and afterwards in 1947, there was an investigation whether Hughes wasted government funds. Hughes then proved them all wrong by completing and flying the gigantic aircraft for 1 mile and around 70 ft (21 m) over the water.