Somewhere in Germany, some time in the 1930s a young soldier runs over several people while rushing to the toilet. “Excuse me, but I need to take a dump!” said the young Helmut Schmidt and apparently this didn’t sit too well with a superior marine officer, who was in his way. Schmidt had a way with getting straight to the point in the 1930s and he still does as of August 2015. Considering he had to hide his Jewish ancestry (his father was half-jewish) while being a soldier in Nazi Germany, makes it all the more interesting that he never backed down in a discussion. 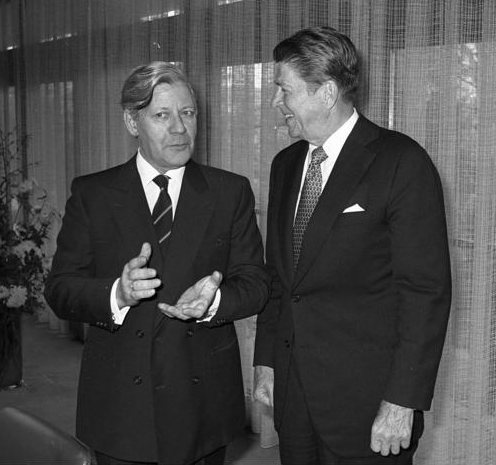 Schmidt was born in 1918 and grew up in Hamburg, Germany. After being a soldier, seeing the devastating bombing of Hamburg and being and prisoner of war he went on to much more mundane things. He studied law. Interested in politics, he joined the left-leaning Social Democratic Party of Germany and became Senator of the interior of the port-city Hamburg, Germany. In 1962 when a storm flood of Katharina-proportions hit the city, he took over and single handedly organized the evacuation of thousands of people. Although around 60’000 people lost their homes, only 315 died in the floods. Many think that this death toll could have easily been much higher if Schmidt didn’t overstep his boundaries a bit.

Schmidt’s verbal skills and exceptional intelligence helped him to rise to the top rather quickly. By 1974 became Germany’s new chancellor. Some of Germany’s toughest post WW2 decisions were made by Schmidt. Terrorism was all too common in West Germany during those days. In 1977 the Red Army Fraction (RAF), a group of young and ruthless German terrorists, kidnapped and killed VIPs such as Hanns Martin Schleyer, head of the German Employers Association. Even worse, they captured a full passenger jet (Lufthansa Flight 181) and demanded to release several political prisoners or else… Schmidt refused to be intimidated. He even admitted to having a “Don’t negotiate-Letter” in his desk, in case he himself would be kidnapped. This Lufthansa situation, however, was resolved by the now-famous GSG9 (a German police elite team that puts SWAT teams to shame). They raided the full plane while at a stop in Mogadishu and killed all terrorists.

Schmidt led Germany into the 1980s until 1982 when Helmut Kohl became chancellor. He later became an outspoken elder statesman much like former US president Jimmy Carter. He is approaching 100, is confined to a wheelchair, has had a pacemaker for over 30 years and can barely hear. Don’t let this fool you. His mind and tongue are sharper than that of most 30 somethings. Schmidt has been married to Hannelore (aka Loki) for over 68 years until her recent death in 2010. One of his best friends is the former Secretary of State Henry Kissinger, a political legend in his own right. He still travels the World, gives speeches and writes books in his spare time. And oh yes, he still smokes a pack of cigarettes every day even in non-smoking areas such as restaurants, government buildings and tv studios.  No one has yet had the nerve to convince Schmidt otherwise. 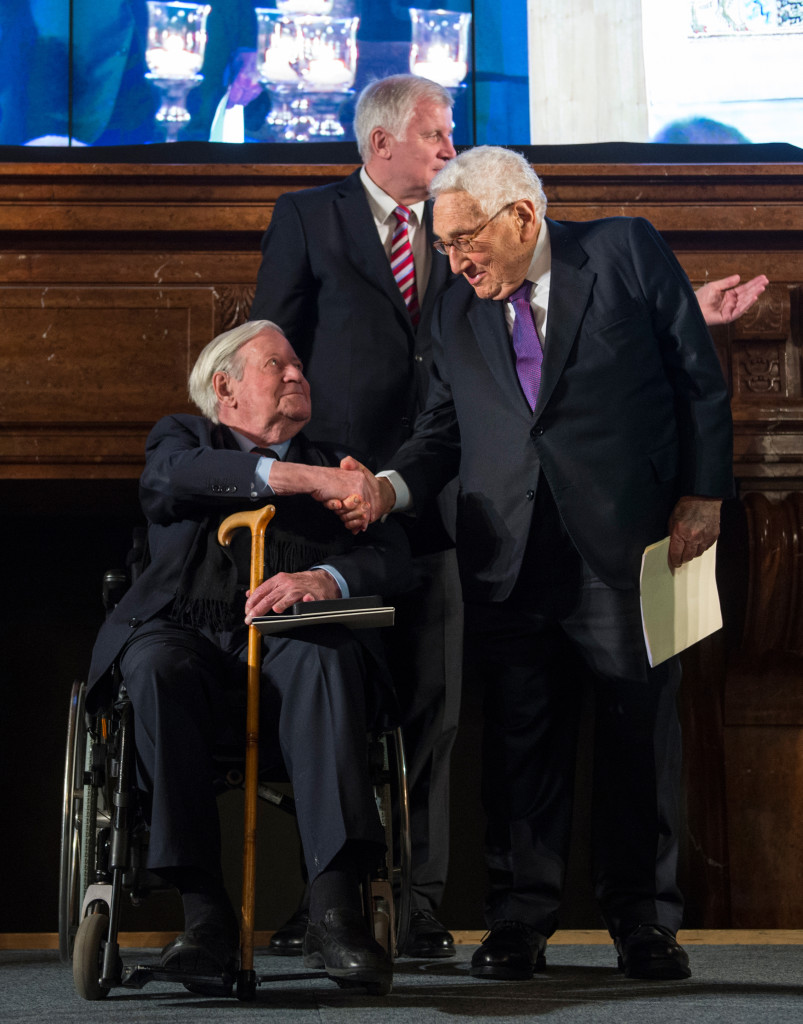 “If you have visions, go see a doctor”