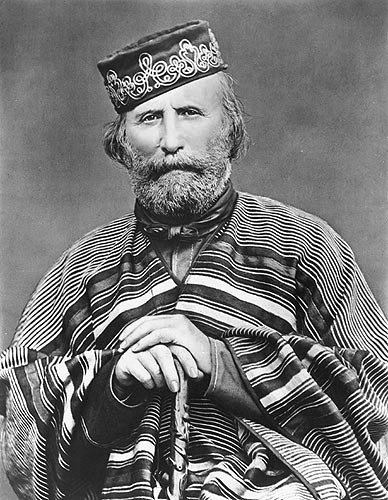 Giuseppe Garibaldi (1807 -1882) was an Italian revolutionary and statesman, famous for his South American adventures, uniting Italy and -for some reason- wearing a poncho. Born in Nice, France he became a merchant marine captain aged 25 and eventually sailed to Brazil.

He led troops during a rebellion, then married a Brazilian woman and moved to Uruguay. While there, he once again got involved in warfare, commanding the Uruguayan fleet. In 1848 he returned to Italy, where his ability to raise an army out of nothing became legendary. Over the next decades Garibaldi became an integral part of uniting the many states of Italy into one large Italian state. Without him Italy might still be several small states.